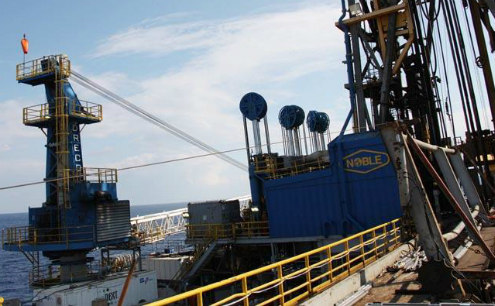 The cabinet has approved in principle the entry of BG Group (British Gas) in the consortium which has the concession on Block 12 of the island’s exclusive economic zone.

“It is a highly significant development, as it boosts the Block 12 consortium toward the purpose of commercially exploiting the Aphrodite (gas) reservoir,” Energy Minister Giorgos Lakkotrypis told reporters.

The deal with BG, worth a reported $165m (€150m), had been subject to government approval, which Noble had formally requested.

Noble retains 35% of equity in the offshore block and remains the operator. The other stakeholders in Block 12 are Delek Drilling Limited Partnership and Avner Oil Exploration Limited Partnership, each with a 15% working interest.

According to Lakkotrypis, the government has now set some conditions – mostly routine – before BG can officially join the consortium.

The company is required to first sign letters affirming it accepts the terms of the production-sharing contract, as well as a letter of guarantee of proper performance of the contract.

Responding to questions, Lakkotrypis said new entrant BG has begun reviewing the development and production plan for the Aphrodite reservoir compiled by Noble Energy and its partners.

Once BG officially becomes a partner in the consortium, he added, the government expects the company to submit its own comments and thoughts on the development plan, “so that we can see whether there are ways of speeding up these plans, or even to generate savings.”

Cyprus is in talks with the stakeholders in the two LNG terminals in Egypt – Idku and Damietta. Cypriot gas piped to the terminals would be primarily destined for re-export to Europe.

The minister confirmed also that BG has expressed an interest in the Cypriot EEZ.

“They have not specified their interest, but I can tell you that they are interested in the EEZ and in other offshore blocks, although we are not aware which blocks they have in mind.”

According to Lakkotrypis, the year 2020 remains the target for beginning production of gas from the Aphrodite field.

As global oil prices continue to slide, he said, and as companies cut back on costs and disengage from projects, “certainly it is a very positive development for Aphrodite that such a large company is joining the consortium, aligning interests across the chain, while their interest in the EEZ is highly encouraging.”

Asked whether falling oil prices affect Cyprus’ plans, the minister said they did.

“It is one thing to make plans based on price X, and quite another to subsequently plan based on a price that is one-third of that.”

Previously, energy expert Charles Ellinas told the Cyprus Mail that Noble, though farming out a part of Aphrodite on the cheap, had improved its cash-flow position, following disappointing results in 2015 in its North America shale oil and gas operations.

Meanwhile on a related issue, Lakkotrypis was asked to comment on consumer complaints over retail fuel prices, which despite dropping slightly, are apparently not in line with global trends.

He said that in Cyprus taxes account for around two-thirds of the price at the pump. Taxes – but not VAT – are levied per litre, not on the retail price, he explained.

“Therefore any decline in global oil prices will affect only one-third of what makes up retail prices.”

The minister urged consumers to shop around for the best deals, thus rewarding those outlets which adapt their prices to global trends.

“Looking at retail prices in Cyprus and in other countries, we compare favourably after-taxes, but unfavourably before-taxes.

“What we certainly need to do is bolster supervision, that is, how we monitor prices so as to be confident that the invoices for new cargos which they [fuel importers] provide us are accurate,” he said.

Asked whether the increased tax on fuels – a requirement under the bailout deal struck between Cyprus and its international lenders – will be abolished once the island exits the economic adjustment programme, Lakkotrypis said this would need to be discussed with the finance ministry.

Among the revenue measures listed in the Memorandum of Understanding, as of 2014 Cyprus raised “excise duties on energy, i.e., on oil products, by increasing the tax rate on motor fuels (petrol and gasoil) by €0.05.”