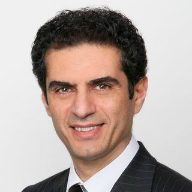 The cabinet recently approved proposed legislation that aims to reform the entire health system, as it pushes ahead with the implementation of the national health scheme.

“We are going ahead with determination to reform our country’s entire health system,” Health Minister Philippos Patsalis said after the meeting, which approved the two basic bills.

The reforms are part of the terms of the island’s bailout deal “and a great need” for the people and the country, the minister added.

“We think that a decisive step has been made today to develop these two bills, which will be completed on the basis of these principles and a public dialogue that starts todaywith the aim of making them the cornerstone of reform,” Patsalis said.

The government plans to start a dialogue with the unions and other parties right away in a bid to conclude within October and be submitted to parliament for approval by the end of November.

The bill will afford autonomy to public hospitals, which will also administer other rural and urban health facilities in their respective districts.

They will be governed by boards of directors — with the participation of the government – that will be appointed within three months from the day a new administration is sworn in. Their term will be five years.

“The organisations will have the responsibility to independently secure and manage their revenues and expenses and will submit annual budgets to the cabinet for approval,” Patsalis said.

The state budget will cover any deficits in the first three years of their operation with their finances re-evaluated in the third year.

The NHS will cover all permanent residents and its cost will be shared equally on the basis of social solidarity, the minister said.