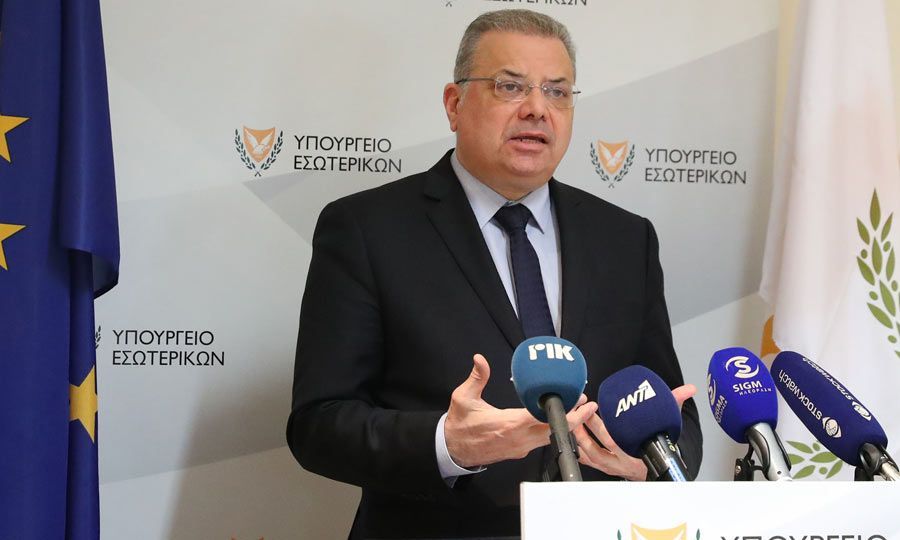 The Cabinet on Wednesday approved new regulations to the citizenship-by-investment program, an important provision of which ties the program to anti-money laundering legislation, interior minister Nikos Nouris said.

The regulations will be urgently tabled before Parliament that is to take the final decision.

Nours said the provisions of the regulation that link the investment scheme to anti-money laundering legislation will help in the processing and assessing of applications.

“The financial criteria remain at the same levels, in other words an investment of two million euros is required plus the purchase of a home worth 500 thousand plus VAT, which must be maintained by the lifetime investor,” Nouris said.

The program also features a cap of 700 citizenships per year.

He added that “we have provided the option for alternative ways of investing for those who will join the program, such as through participation in businesses or participation in Cypriot companies through the purchase of shares.”

Special provisions that are being added, Nouris went on, is that upon filing their application for participation in the investment scheme, candidates will be simultaneously required to submit an amount of 75 thousand euros that is to be pumped into the Cyprus Land Development Corporation, to be used by the government for housing policy related matters.

With their application, applicants will also be required to make a payment of an additional 75 thousand euros that is to be handed to the Research and Innovation Foundation for the development of innovative business activity.

“Also characteristic of the new program is that rules will get stricter, so that the revocation of the granting of citizenship is made in a clear way, as in the case where it becomes clear that a candidate for citizenship was either involved or convicted in a serious crime,” Nouris said, noting that the government was previously faced with certain difficulties as regards the possibility of revocation.

Nouris noted that together with decisions taken by the Cabinet last year, which shaped the Cyprus investment program into an extremely reliable one with strict criteria, the new regulations mean the program “can no longer be ridiculed, as has been done until recently, but even more important, there can no longer be any doubts regarding the program’s reliability,” Nouris stressed.

Responding to a relevant question by a reporter, Nouris said the decision to operate the Cypriot investment program, as well as any investment program in an EU country, is an inalienable right of the national government and its national legislation.

"What we have done as a member state is to inform the EU, and in fact we have exhaustively presented the provisions and criteria of our program because we have nothing to hide, but much more we also want to refute rumours spread by some at various times that the Republic of Cyprus abused this program. There has been no such thing. I believe that after the regulations are studied by Parliament, there will be absolute consensus that the strictness of the regulations no longer allow such comments”, he noted.