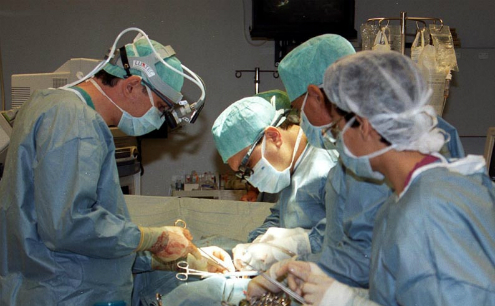 The Health Ministry has decided to grant temporary licences to doctors from third countries interested in providing treatments and performing operations on foreign patients in Cyprus that are not provided by Cypriot doctors on the island.

Deputy government spokesman Victoras Papadopoulos said that the council of ministers was briefed by the health minister about the decision during a cabinet meeting at the Presidential Palace in Nicosia. The decision was taken as part of efforts to promote medical tourism in Cyprus, said Papadopoulos, adding that licences will be issued as long as certain preconditions set by the Medical Council are met. It caters to “doctors from abroad who will bring their own patients to Cyprus”. The health ministry will cooperate with the Cyprus Medical Association to ensure that Cypriot doctors can benefit from the plan, gaining knowledge through training in operations and medical practices that are not provided in Cyprus, he said.

The cabinet adopted a host of other decisions on Wednesday including one to invite tenders for the digitalisation of court procedures in all districts of Cyprus, which in turn should improve the overall management of the court system, while providing electronic services to the public. The new system, once implemented, will provide a range of online services including the ability to file a case, monitor its progress, submit documents, and receive speedy updates on cases and the necessary measures that have to be taken to execute court decisions. “This is a groundbreaking project aimed at helping to solve the chronic problems facing the courts, due to the large workload in handling various court cases,” said Papadopoulos.

During Wednesday’s cabinet meeting, the decision was taken to extend the period of time afforded the investigative panel appointed to look into allegations of dodgy dealings regarding the expropriation and purchase of Turkish Cypriot properties in the government-controlled areas. The ministers’ meeting chaired by President Nicos Anastasiades agreed to extend the investigation period by a further two months, taking it to November 21, 2013. The reasons given for the extension were that “it transpired the investigative panel had to expand its investigation to include more issues and witnesses than initially expected, and that a large number of documents have been collected which need careful study”.

The cabinet also approved the distribution of 53 residential units to 65 displaced beneficiaries across Cyprus; the appointment of Lieutenant General Andreas Papapavlou as deputy chief of the National Guard, who will replace the outgoing Andreas Petrides; and paying compensation to poultry farms for losses suffered as a result of the Newcastle diseases which led to the destruction of thousands of chickens. The total cost of compensation will come to around €688,000, part of which will be funded by the EU.

Asked about possible changes to the road tax system, Papadopoulos said after discussing proposals made by the House finance committee and various interest groups, cabinet decided to authorise a ministerial committee to examine what could be done for specific professional groups in the tourism sector affected by the proposed changes. The aim is to table the road tax bill before parliament as soon as possible, said Papadopoulos. Car rental companies, car importers and tourist bus owners have all expressed concerns about the bill, each for their own reasons, though the gist of their arguments are that the new system would make costs skyrocket, while the new burden would have to be passed on to the consumer. Approval of the bill, however, along with others, is a precondition for the release of the second tranche of Cyprus’ bailout.

Under the bill, the new road tax charge for vehicles registered from the start of next year will depend on their CO2 emissions. Vehicles registered by the end of the year will not have to pay road tax based on their CO2 emissions, but their owners will be charged an additional fee depending on engine size. Specifically, electric cars and vehicles with CO2 emissions of less than or equal to 120g/km (combined cycle) will be exempted from the registration fee. For already registered vehicles (cars and motorcycles), the bill provides for a special fee – above and beyond the current road tax– of €10 for low emissions, €20 for vehicles with engine displacements up to 2,050 cubic centimeters, and €30 for vehicles with engine displacements than 2,050 cc.