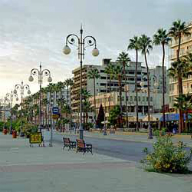 The cabinet has decided to exempt immovable property worth up to €5,000 at 1980s values from the new taxation.

In one of several decisions taken during the meeting at the presidential retreat in the Troodos mountains, the cabinet also scrapped the minimum amount of €75 for immovable properties worth between €5,000 and €40,000, which will now be taxed at 0.6% on the 1980’s value.

Government spokesman Christos Stylianides said yesterday the cabinet’s decision aimed at addressing imbalances in the taxation which would have forced anyone owning any piece of land – no matter its value – to pay tax. He said that the owner of a plot of land on the mountains would have been called to pay at minimum a flat fee of €75, just for having “(say) a field with three olive trees”.

“The state considers the administrative cost to be too large for such properties of insubstantial value,” Stylianides said. The changes “reduce injustices and the distortions of the current legislation,” he added. Stylianides said that in the process of updating property values for taxation purposes, the land registry noted they would surpass the tax targets agreed with the troika of lenders by some €10 million. “In this way, this amount is returned to the owners of low-value immovable property,” Stylianides said.

In effect, authorities have decided to forego some of the additional revenue that would have been raised, scrapping the flat minimum fee of €75 for properties worth up to €40,000 and leaving a tax free band for immovable property worth less €5,000 at 1980 values. Opposition party AKEL hailed the cabinet decision, which it said was a response to a “popular reaction against that unfair and levelling taxation”.

The deadline for submitting the tax forms is November 15, though those who file valid tax forms earlier, will get a 10% tax discount. Those who delay beyond the November 15 deadline will have to pay a 10% penalty.