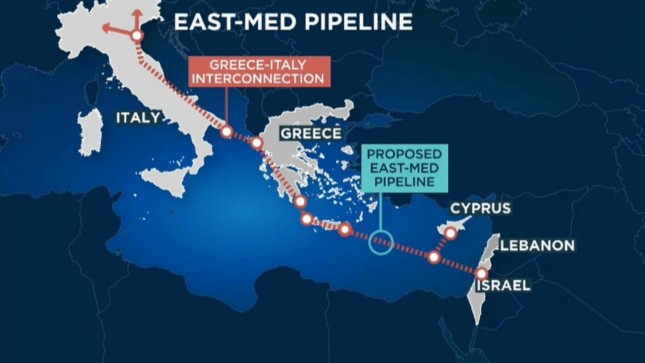 The cabinet on Thursday ratified the EastMed gas pipeline project, which had been signed in January by Greece, Israel, and Cyprus.

The project is also supported by Italy, which has not yet signed the agreement, however.

The EastMed project entails a 1,900km natural gas pipeline to connect the gas reserves of the eastern Mediterranean to Greece.

The agreement will now be submitted to parliament for approval.

Lakkotrypis said they were now at the stage of commissioning four studies worth around €35m that will be funded by the European Commission.

One concerns underwater surveys while the rest regard the infrastructure, including the pipeline itself.

Asked how the coronavirus pandemic might affect the project, the minister said companies involved in such large projects plan years ahead and not based on current conditions.

“Very soon the consortium will go ahead with finding buyers for the eastern Mediterranean gas,” he said, adding that this was the most important criterion that would decide whether the project is feasible.

The pipeline includes 1,300km of offshore and 600km of onshore sections. It will transport natural gas from the Levantine Basin in Israel and gas fields in Cypriot waters to Greece and Italy.

The project includes a 200km offshore pipeline section that will start from Israel’s Leviathan gas field and end in Cyprus, connecting the Aphrodite gas field.