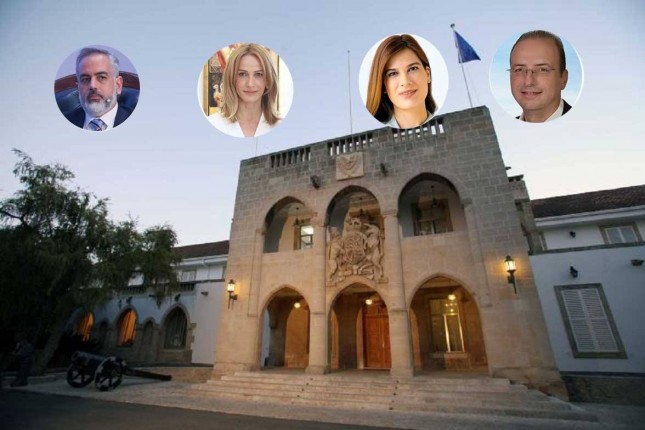 President Nicos Anastasiades has increased his women ministers in a mini-cabinet reshuffle after appointing lawyer Emily Yiolitis as the new Justice Minister, Natasa Pilides takes over the key Energy Ministry.

The mini reshuffle comes after the unexpected move to appoint two of his ministers as attorney general and deputy attorney general, and the long-signalled departure of Energy Minister George Lakkotrypis.

This created three vacancies in the cabinet which now has more women, but they are still a minority of three.

Labour Minister Zeta Emilianidou was the only female senior minister of the government.

The shipping ministry was given to Vasilis Demetriades, a shipping expert serving at the EU.

Demetriades is believed to be suited for the job as he is currently coordinating the mid-term review of the EU Maritime Transport Strategy.

Justice Minister George Savvides was appointed attorney general after a short tenure of 13 months in the job.

Unexpectedly, Defence Minister Savvas Angelides was given the nod as deputy attorney general.

Both Savvides and Angelides are lawyers by profession.

Lakkotrypis signalled his intention to stand down to work in the private sector.

Pilides, moves to the Energy Ministry from the Deputy Ministry of Shipping where she was appointed when it was established in March 2018.

The life partner of journalist and TV presenter Chrysanthos Tsouroulis was appointed as chair of the EAC but resigned after a short tenure in July last year, over a conflict of interest.

The new ministers are to be sworn in at a date to be announced in the coming days.

Meanwhile, the new Attorney General and his deputy were to be sworn in on 10 July, but incumbent Attorney General Costas Clerides has expressed his objection, he claims that his term does not technically finish until the end of July.

Clerides was to take his annual leave before retiring but claimed that he is not able to go on leave as there is no deputy general attorney appointed to cover him in his absence.

He is expected to retire on 1 August, that is the first day of the month he will turn 68 years old, which is the retirement age for an Attorney General.

“When I was asked to depart on a retirement leave before the age of 68, I addressed the Finance Minister and the President of the Republic, explaining the reasons for which I had not used the leave I was entitled to,” Clerides said in a statement.