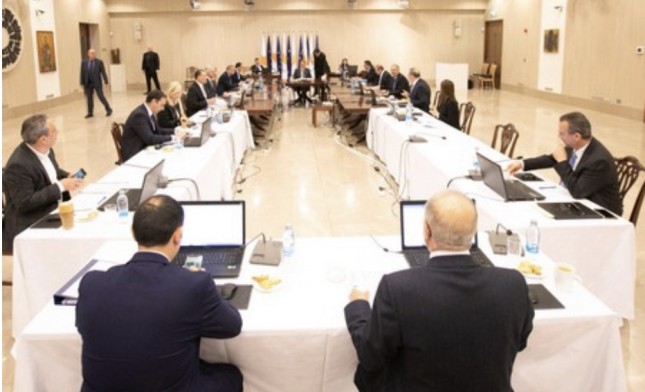 Cabinet reshuffle on the way

Savvides will be replacing Costas Clerides. The confirmation ceremony will be held on July 10.

In a written statement, Anastasiades expressed his warm thanks to the former justice minister Ionas Nicolaou, who had been his first choice but decided to turn down the position after what Anastasiades described as “baseless and unjustified objections” by opposition parties.

Details of the cabinet reshuffle that will ensue will be announced later this week.

On Tuesday, Anastasiades also appointed Stelios Papatheodorou as the new chief of police and Christos Mavris as deputy chief, with the confirmation ceremony to take place on July 1.