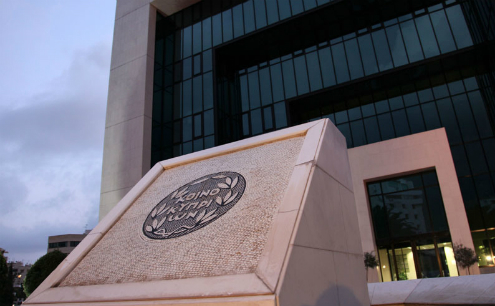 One of President Anastasiades' major pledges was, given the economic crisis and huge problems facing households and businesses, to ensure the restructuring of loans of either businesses or natural persons, according to government spokesman Christos Stylianides. Speaking after a cabinet meeting, Stylianides said the cabinet has approved an amendment bill on the establishment and operation of the financial ombudsman to facilitate the settlement of financial disputes out-of-court.

The aim of the amendment bill is three-fold. First, to create a mediation service for the purposes of reaching agreement between banks and their clients on loan restructuring and the integration of this service into the financial ombudsman’s office. The second objective is to pass legislation, which would include cooperative banks in the definition of financial institutions, thereby expanding the mediation service’s remit, and its scope to mediate in disputes over loan restructuring. Finally, the board of the financial ombudsman would be expanded by one to include a representative of the cooperative movement.

The measure is part of the requirements listed in the memorandum of understanding (MoU) signed with the troika in exchange for a €10 billion international bailout. Specifically, the final sentence in section 1.16 of the MoU states that a mediation service between banks and their clients to achieve fair debt restructuring should be established by the end of June 2013. The section is headed: ‘Monitoring of corporate and household indebtedness’. The aim of the section is to specify the obligation to take measures to deal with troubled borrowers following the implementation of the resolution and recapitalisation of Cyprus’ weak banks. The MoU stipulates that the approach to debt restructuring in the private sector will be based on market-based voluntary workouts underpinned by measures to strengthen the legal framework to support debt restructuring. “In this regard, in addition to the central credit registry, a framework for seizure and sale of loan collateral will be implemented,” said the MoU in section 1.16.

Regarding measures to strengthen the legal framework, Stylianides also announced that the Central Bank of Cyprus (CBC) will issue a code of conduct on debt restructuring, in consultation with the finance ministry. “The code will be formulated exclusively by the CBC but the finance ministry is in consultation with the Central Bank in an effort to formulate government policy through this dialogue,” he said. The services of the banking mediator will only be used after exhausting all efforts between bank and client “as provided in the code of conduct”, he added. According to state broadcaster CyBC, the code of conduct will provide clear instructions to the banks, including cooperatives. Each debt restructuring must be judged on a case-by-case basis, depending on the financial capabilities and solvency of the borrower. Through this framework, extending the loan repayment period and adjusting interest rates will also be evaluated, with different rules applying for different loans, depending on whether they be housing, consumer or business loans. Should the borrower and bank fail to reach agreement on debt restructuring through the code of conduct, only then will the banking mediator intervene.

The state broadcaster cited sources saying that the decision of the mediation service will be binding for both sides on the proviso that at least one of the sides agrees to it. If both disagree, then the dispute can be taken to the courts. The government hopes the cabinet-approved amendments will be passed by parliament next Thursday, scheduled to be its last session before the summer recess. Stylianides also announced a host of other measures approved by cabinet yesterday. Under a new VAT scheme, very small businesses with a turnover of less than €25,000 a year will not have to pay VAT on the sale or provision of goods and services until they are actually paid for those goods or services. Also, taxpayers who were affected by the restructuring measures imposed on the Cypriot banking sector and who failed or fail to pay or declare taxes on time, will have their additional penalty levy reduced from 10 per cent to five per cent. This applies for the tax period ending on May 31, June 30, July 31, August 31 and September 30 this year.