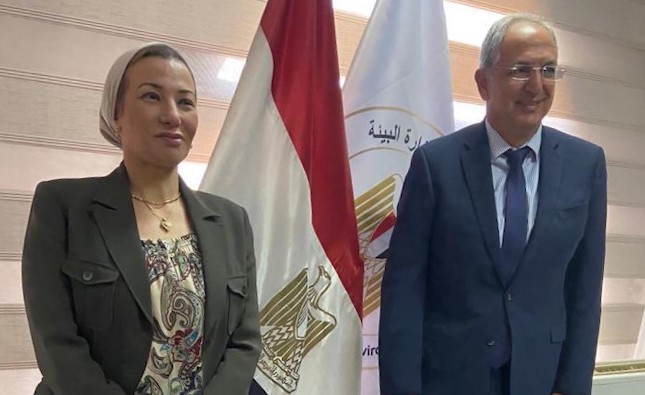 Nicosia and Cairo have agreed to co-host an event on the sidelines of the UN Climate Change Conference in November in Egypt to promote Cyprus’ initiative for joint regional action.

Agriculture and Environment Minister Costas Kadis was in Egypt for contacts to secure the adoption of the Cyprus initiative on Climate Change at the UN Climate Change Conference.

The initiative of President Nicos Anastasiades to coordinate the activities of countries in the Eastern Mediterranean and the Middle East to tackle the consequences of climate change in the region was the main issue discussed.

Kadis briefed his counterparts about the progress of the work carried on the initiative and delivered reports prepared by 13 working groups, “in which more than 240 distinguished scientists participated”.

The reports include recommendations and measures related to different aspects, focusing on addressing climate change in the Eastern Mediterranean and the Middle East region.

Given that Egypt will host the UN Climate Change Conference next November, Kadis discussed the organisation, on the sidelines of the Conference, of a special event where leaders of the countries of the region will participate.

This is a way of gaining support for the Cypriot initiative and implementing the scientific community’s recommendations.

It was decided that Cyprus, the country proposing the initiative, and Egypt, the host of the Conference, would co-host the event.