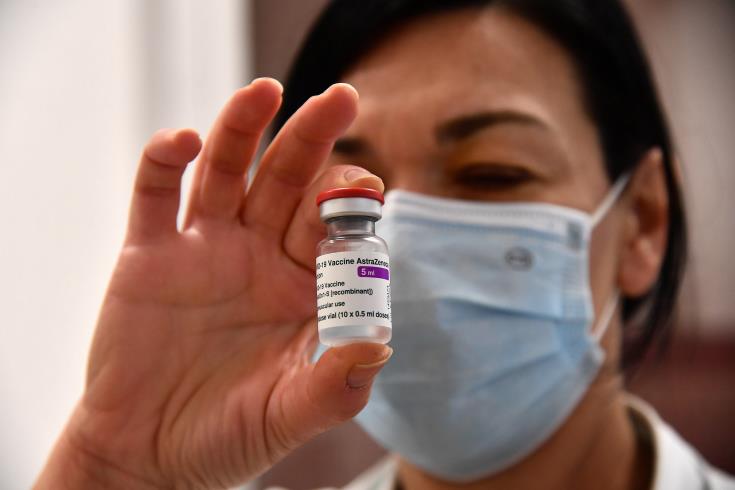 Calls for AZ to be restricted for over 55s

Scientists advising the government on coronavirus want AstraZeneca’s COVID-19 jab to be restricted to those aged 55 and over, following the death of a 39-year-old British woman.

Another woman, 40, has also been admitted to the hospital after a serious blood clotting incident after getting the AZ jab.

Both cases were detected two weeks after the women had taken their first AZ jabs. Health authorities also looked into their medical background, with doctors believing the vaccine to be the probable cause.

Reportedly, the Covid-19 committee advising the government is to convene on Tuesday with a proposal to recommend the AZ jab only be given to people over the age of 55.

However, Cyprus' health ministry appears to be adamant about not introducing an age limit for the vaccine.

Acting Director of Pharmaceutical Services, Elena Panayiotopoulou told the Cyprus News Agency, the health ministry is not considering changing its stance on AstraZeneca.

“The matter is constantly monitored, but there is currently no intention since the recommendations of EMA are clear. It is not necessary to exclude any age groups from being administrated the AstraZeneca vaccina”.

She said the European Medicines Agency is expected to investigate “along with the incidents that have been recorded in other European countries”.

A pulmonologist Dr Charis Armeftis, stationed at the CoVID-19 ward in Limassol General Hospital, told Philenews: “Low platelet thrombosis rates after AstraZeneca vaccination vary from country to country and in published studies range from 1 case to 26,000 to 1 case to 127,000”.

According to the available data, these episodes occur in people under 55 and mainly affect women in a range of 60% – 65%.

Dr Armeftis said that the 39-year-old’s thromboembolic episode is linked to her vaccination history from the data, information, and diagnostic criteria available.

He added that the possibility of thrombosis after vaccination is extremely rare, but it does exist.

He argued that a decision to administer the vaccine to people over 55 would minimise the risk of encountering another blood clotting incident.

“In this way, we would show the public that we are adapting to the scientific data and eliminate any doubt or suspicion that exists on the issue of vaccinations.”

Armeftis said, in reality, people are not free to choose the vaccine they want.

“People are supposedly given the right to choose a vaccine, but in fact, since there are not enough quantities of all vaccines, people cannot choose freely. Rather a logic of first comes first served prevails.”

He said some people were not vaccinated because they are waiting for the vaccine of their choice to become available.

“The government’s stance on how vaccines are distributed raises the question of the responsibility of the state towards citizens if in the coming months’ other episodes of thrombosis appear in a younger population.”