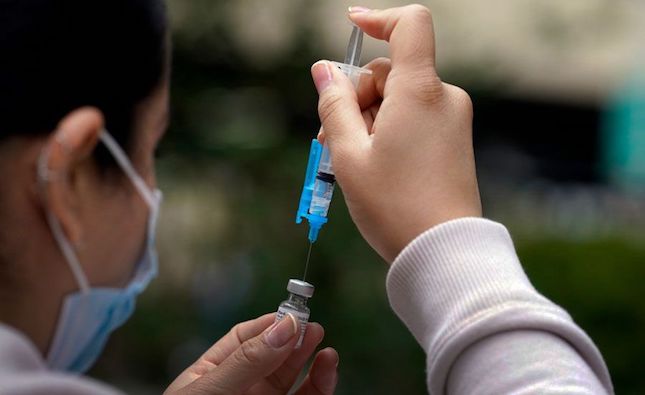 A Cypriot health expert believes the Delta variant is like having a different virus altogether, saying evidence is very strong in favor of providing a third dose, citing both local numbers as well as data from Israel.

Christos Petrou, a member on the government’s health advisory committee, spoke on state radio Monday morning in favor of moving forward with a booster shot program for certain groups, a decision that would contradict current guidance from the World Health Organization.

Last week, WHO called for a halt on plans and campaigns for Covid-19 vaccine boosters until at least the end of September, with the organization’s head Tedros Adhanom Ghebreyesus noting the gap was widening between vaccinations in wealthy and poor countries.

The Israeli health ministry said the decision to administer a third shot “was made after medical factors were taken into consideration and that inoculating Israelis with a third dose saves lives,” according to Haaretz.

But health officials have been divided on the issue, including Cypriot health experts, who have called for more data from the state in order to ascertain whether, for whom, and when a booster shot might be necessary.

Criticism also came within Israel with some health experts saying the booster was both “morally and epidemiologically wrong” at a time when many poor countries have barely started vaccination programs.

But Petrou says evidence in Cyprus was very strong in favor of a need for a booster shot in vulnerable groups, while also referencing data from the Israeli health ministry that suggested there was a dramatic drop in cases among those who got the third shot.

“It’s like having a new pandemic, a different virus from those variants that have been predominant in the past months,” Petrou said.

The Cypriot expert reiterated that current vaccines were still highly effective but also addressed serious cases of vaccinated persons, saying “these are exceptions,” referring to a small percentage of those vaccinated who got seriously ill.

The debate over booster shots has also been tense in the United States, where some vaccine experts have been dismissing calls for a third shot.

Pfizer and Moderna, two pharmaceutical companies selling their vaccines in the EU and US, have argued that booster doses would be necessary before the winter.

But Anthony Fauci, America’s pandemic czar and a leading voice internationally on the issue, has cautioned against widespread booster shots among populations.

"No vaccine, at least not within this category, is going to have an indefinite amount of protection,” Fauci said.

But the 80-year-old immunologist did not dismiss the need of booster shots among vulnerable groups in the population.

“Right now, at this moment, other than the immunocompromised, we're not going to be giving boosters to people,” Fauci said.

It has been reported that pharmaceutical partner companies Pfizer and BioNTech planned to begin tests this month to determine if an altered form of their Covid-19 vaccine can better protect against Delta variant.

In late May, the European Commission signed a third contract with BioNTech and Pfizer, reserving on behalf of EU Member States additional doses “of the current vaccine and of a vaccine adapted to variants.”