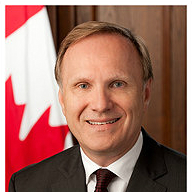 It has been reported that Canada is showing an interest in the developments of Cyprus' hydrocarbons sector, following a recent statement to this effect by the Canadian High Commissioner based in Athens.

The Canadian company Sea NG pointed to the use of Compressed Natural Gas (CNG) for the Cyprus' provisional energy needs.

Canada’s High Commissioner to Athens, Robert Peck stated, "as a fellow Commonwealth member, multicultural society, and federation with two official languages, Canada continues to serve as a point of reference for a reunited Cyprus along the road to reconciliation."

Previously, the Minister of Veteran Affairs of Canada, Julian Fantino, along with ten Canadian Veterans visited Cyprus for some high-level meetings with Cyprus officials including the President of the Republic and the Ministers of Foreign Affairs, Defence, and Energy.

While bilateral tradebetween the two countries still requires improvement, the recent Canada-EU Trade Agreement (CETA) offers new prospects cooperation between the two states. As for the mutual relations between Cyprus and Canada at political, financial, commercial and cultural level, Canada and Cyprus have long-standing friendly relations dating back to independence and having shared Commonwealth membership.

The Canadian High Commissioner drew attention to the climate of mutual respect, confidence and the bilateral friendship between the two states, as a result of Canada's long presence in peacekeeping on the island and cooperation.