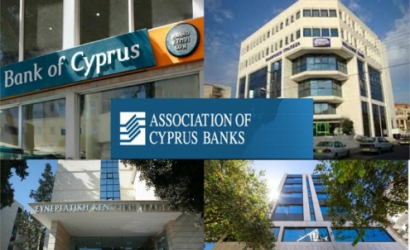 Capital Intelligence, the Limassol-based rating company, said that it upgraded Cyprus’ long-term foreign currency rating by a notch to BB, which is still in the speculative area, and maintained the positive outlook.

It also affirmed the island’s short-term foreign currency rating at B, it said in an emailed statement on Saturday.

The upgrade reflected the “continued robust economic performance with growth among the highest in the Eurozone and better than previously forecast fiscal outturns,” Capital Intelligence said.

It also cited the “satisfactory government access to international capital markets and improved fiscal management” and the “gradually improving conditions in the banking sector”.

The Cypriot economy, which expanded last year 3.9% compared to 3.4% the year before after emerging three years ago from a prolonged recession, is expected to grow 4.1% this year which will signal the nominal economic output to return to the pre-crisis level, Capital Intelligence said. Growth will average around 3.8% in 2018 to 2020 which will allow the economy to generate fiscal surpluses of around 1.7% of gross domestic product (GDP) which will allow public debt – of currently 107% of GDP – to drop to 86% by 2020.

“Downside risks to the outlook appear to be receding with the banking sector showing more solid signs of improvement following the sale of certain assets and liabilities of the troubled Cyprus Cooperative Bank to Hellenic Bank,” the rating company said. “Foreign direct investment is also expected to pick up in the short to intermediate term in light of initiatives to encourage international private investment in new casinos, hotels, marinas, and renewable energy projects. However, the strong growth cycle remains subject to downside risks stemming from the excessive concentration of activity in construction and real estate and from potentially volatile capital flows”.

The rating company highlighted the discrepancies between the government’s commitments to reforms, including curbing the government wage bill and privatisations, and the delays in delivering them, “partly attributable to the presidential elections that took place earlier this year”.

Lastly, Capital Intelligence said in reference to the acquisition of problematic loans by specialised companies that while the quality of the Cypriot banks’ portfolio has improved leading to an increase in depositor confidence, private debt remained at 259% of the economy last year and as a result, risks to economic outlook remained “considerable”.

“The ratings remain constrained by the level of non-performing loans in the banking sector, in addition to limited competitiveness and socio-economic challenges,” it said.