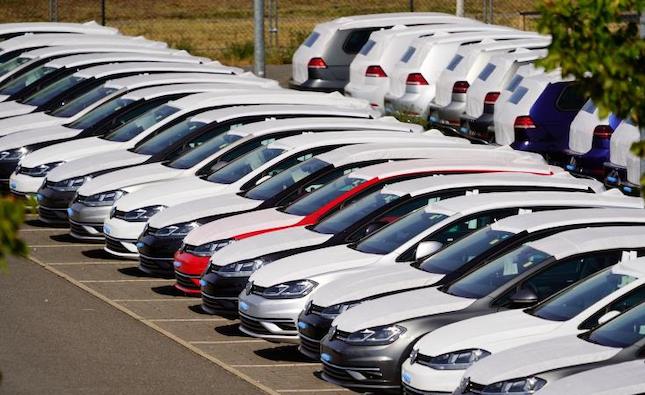 Car dealers are frustrated with their turnover as they are forced to sit back helpless and watch the market crumble.

The yoy drop recorded this March is not an issue on its own; however, it builds on a downward trend recorded since the outbreak of the coronavirus pandemic.

Talking to the Financial Mirror, Alexis Anninos, Managing Director at Cyprus Import Corporation, importers of Mercedes-Benz, said importers of new cars are attributing the fallout to many factors, starting from the war in Ukraine, high inflation to shortages in raw materials.

“We had high hopes, thinking this would be the year the industry would bounce back after being hit by coronavirus…Far from the case,” said Anninos.

He said the industry had to come to terms with manufacturers’ running out of chips.

The global semiconductor shortage that began in early 2021 halted assembly lines worldwide and slowed the production of everything from smartphones and home appliances to driver-assistance systems.

“Just as cars and other transport vehicles started to go digital, a scarcity of semiconductors is causing long delays in the industry. Unfortunately, the resulting high demand does not seem to be temporary.”

Anninos said the industry was further hit by soaring prices in the cost of raw materials.

There is a shortage in raw materials for batteries for electric cars, which has slowed the production of e-vehicles and promotion campaigns.

Ukraine is the main exporter of raw materials for batteries used in electric vehicles.

“In the meantime, the global inflation wave and the war in Ukraine are exacerbating the situation at many levels of world trade, including the car market,” said Anninos.

He said buying a car is like buying an essential commodity in Cyprus, so car dealers hoped to see the market pick up despite obstacles.

“However, high inflation rates have not only affected people’s overall purchase power but also their mentality.

“If they can put off buying a car, chances are they will do so, as the increase in the cost of living has also brought on a sense of uncertainty.”

He argued that uncertainty may have also taken its toll on the electric vehicle market in Cyprus.

Mercedes local dealers are puzzled that almost half of the approved applicants of a state subsidy scheme for people to go electric have pulled out.

As confirmed by the Transport Ministry, 167 out of 360 successful applicants for a subsidy to buy an electric salon car have not come forward to claim it.

“This might also have to do with people not fully understanding that this is a subsidy scheme to make buying an electric car more affordable and not necessarily cheaper than buying a conventional car,” said Anninos.

It is mostly attributed to people feeling uncertain over what the immediate future holds.

Dubbed as one of the most generous incentive schemes for electric vehicles in Europe, Cyprus’ program gives €10,000 to motorists who scrap their old petrol cars for a new electric one.

Veteran motor journalist Petros Soutzis told the Financial Mirror the crash in car sales is down to the war in Ukraine and shortages in raw materials, namely semiconductors and battery components.

“Just a year ago, things were quite different; there was no better time to consider buying a new car,” said Soutzis.

The impact of coronavirus caused bottlenecks at sale points, while the arrival of newer models and turning to hybrid and electric cars have pushed prices down.

Soutzis, a columnist for autokinito.com.cy, said that according to their website’s analytics, Cypriots are keen on buying a new vehicle as their hits have been increasing.