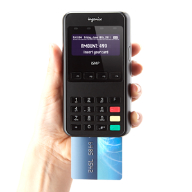 According to JCC data, in April the card transactions decreased to €165.3 million, while in the first four months fell to €717.1 million.

According to the report, in April card transactions increased in supermarkets, but went down in fuel, household items and DIY, clothing, footwear and utilities.

Transactions with local cards abroad increased in April by 1% to €92,1 million.

During the period January-April 2015, card transactions increased by 1% and the value of purchases and transactions by Cypriots abroad rose to €372.5 million.