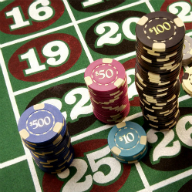 There is significant interest by investors for casinos in Cyprus, says the Finance Minister adding that decisions should be expected this year, as the government is in the process of selecting consultants.

“The procedure is in progress and we can expect to have decisions inside 2014,” he told state radio CyBC. Finance Minister Harris Georgiades added that it would take some time but “already there is significant international interest.” What was important, he said, was that after many years, the matter was on track to be implemented. The previous administration under Demetris Christofias had flatly refused to consider the creation of casinos on ideological grounds, consistently brushing off suggestions that Greek Cypriots could spend their money at casinos in the Republic as opposed to doing so in the occupied north, which is currently the case. “There will be no casinos in Cyprus as long as I am President,” Christofias said in 2009.

In 2012, Christofias’ second finance minister Kikis Kazamias had proposed creating casinos as part of a raft of growth-boosting measures, but the proposal was shelved. On coming to power, the present government asked the tourism organisation (CTO) to update a 2007 study into the creation of casinos to help the government decide on the form they would take – whether they will be accompanied by other development projects. In October a meeting between the president and interested stake holders revealed the single casino licence announced in July will apparently provide for an integrated resort in one district plus two more branches, or 'satellite casinos' in two other districts.

Cypriots already spend millions on gambling – on illegal online games, in unregulated betting shops and casinos in the north. Greek Cypriots spend an estimated €6m a year on casinos in the north. The original CTO study into developing casinos in the government-controlled areas predicted annual revenues for the state of between €35 and €50 million, as well as a significant boost in employment opportunities.