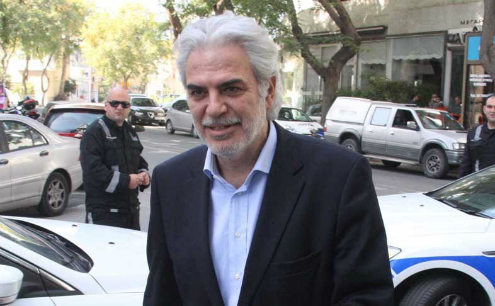 ‘Casino will attract half a million tourists’

The creation of a single casino resort in Cyprus will attract half a million new tourists to Cyprus and create over 3,000 new jobs, said government spokesman Christos Stylianides yesterday in response to criticism from opposition AKEL.

AKEL yesterday accused the government of creating the impression that the operation of casinos in Cyprus will solve all the economy’s problems. AKEL spokesman Giorgos Loukaides said although his party respected the decision of the government to grant one licence for a grand casino resort, which is supported by the majority of parties, it opposes the impression created that casinos will solve all the country’s problems. Loukaides asked what preventive measures will be taken to prevent negative social consequences by the creation of casinosin Cyprus. He also wondered out loud what happened to the government’s pledges to municipalities around the country for the creation of casinos in each district.

Responding, Stylianides said granting a casino licence was part of a wider plan to revitalise the economy, particularly the tourism industry, noting it is not the sole answer to the country’s woes. Regarding concerns about the negative social consequences of operating casinos, he said: “The government will take all necessary measures to safeguard society from negative consequences, which today, unfortunately exist due to illegal gambling.”

The government unveiled plans on Thursday to grant one licence for an integrated casino resort on the island, noting that the entire process for issuing a casino licence would be fast-tracked so as to be completed within 12 months. The cabinet based its decision for one big casino resort rather than multiple smaller ones on the findings of a study carried out by private-sector consultants and commissioned by the Cyprus Tourism Organisation.

Stylianides said yesterday the local business community would be able to participate in the auxiliary services offered within the integrated resort, including hospitality and entertainment services. Also, the gambling tax collected will be distributed among local authorities and other social groups. “We are talking about a massive investment which according to the relevant study’s estimates, will attract 500,000 new tourists to Cyprus annually, and create 3,300 new jobs.”

DISY number two Lefteris Christoforou said he understood AKEL’s sensitivities regarding the social impact of creating a casino but at the same time, asked what happened to these sensitivities when every neighbourhood in Cyprus filled up with small casinos under the previous government’s rule. DIKO spokesman Angelos Votsis welcomed the decision on casinos and the new source of state revenue that it will create. “Additionally, we want to emphasise that by creating casinos in Cyprus, we’re putting a stop to the financial donation to the pseudostate by Cypriots and foreigners who visit the occupied areas and by extension the Turkish invader,” said Votsis. There are no legally operated casinos in the government-controlled areas, but 24 exist in the northern breakaway regime, frequented by many Greek Cypriots.

The Greens party said it had reservations about the decision, and whether the operation of casinos could lead to sustainable growth or a ‘casino economy’. It noted, however that the cabinet decision to grant one licence only was the “lesser of two evils” since it would limit the negative social impact and any increase in criminality. The Chamber of Commerce and Industry yesterday welcomed the decision to issue a casino licence, noting it would enrich the tourism product, help reduce unemployment, boost the investment climate, reduce the seasonality of tourism in Cyprus, and add to state coffers.