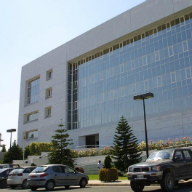 CBC: adjustment programme ‘only way out of the crisis’

Although 'strict and painful' the financial adjustment programme is the country’s only choice to exit the crisis, says the Central Bank of Cyprus (CBC) in its six-monthly economic bulletin.

The CBC warned that there was no room for complacency and that Cyprus must stay focused on all fronts implementing policies which will help it recover, boost confidence in its financial system and protect macroeconomic stability. At the same time the CBC cautioned that although significant steps towards restoring the country’s financial stability were being taken, risks from unforeseeable or external developments remained. The adjustment programme offered the opportunity for correcting many structural distortions in the country’s economy as well as for creating the right circumstances for a return to conditions of viable growth and full employment, the bank said. “It is the only way to ensure our smooth exit from the crisis,” it added.

The programme, the CBC said, includes “radical adjustments measures, manyof which are unprecedented for Cyprus”. They were also happening at a time when unemployment was excessively high. The bank said fiscal targets had so far been met with a significant margin, “something which is reflected in the responsible implementation of the state budget as well as in the lower than initially expected deterioration of economic activity for 2013”. The state budget for 2014 remained conservative with a view to implementing part of the additional fiscal adjustment required for the years 2015 – 2018 at an earlier timeframe, the CBC said.