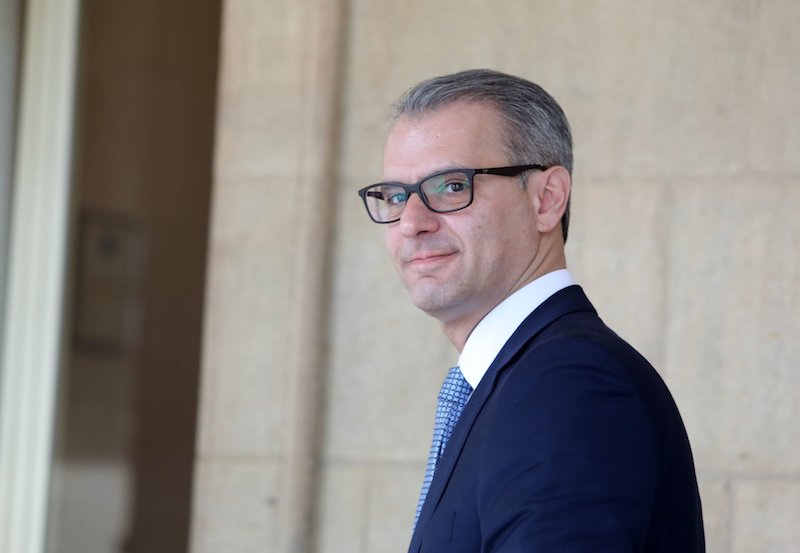 The measures implemented by the Central Bank of Cyprus (CBC), a nine-month loan repayment moratorium and a €1.4 billion capital release issued to the banks, gave time both to the banks and the economy to recover part of their cash flow as lockdown measures enforced to curb the spread of the coronavirus outbreak are gradually lifted, CBC Governor Constantinos Herodotou has said.

Speaking in a web discussion organised by the UCL Alumni Cyprus Club and the non-profit organisation Oxygono, Herodotou described the coronavirus outbreak as “an unprecedented and severe exogenous crisis,” warning that due to uncertainty both economic activity and consumption will not return to pre-Covid-19 levels soon.

Uncertainty, he said, affects the consumption of households which increase savings, while enterprises hold back investments.

With regard to the shape of economic recovery, the CBC Governor pointed out that economic recovery will be V-shaped only due to the return of economic activity compared with the lockdown period where there was no activity. He cautioned however that GDP growth will not return to the pre-crisis levels until 2022.

“We gave capital release to the banks to absorb the impact of the crisis,”

Turning to the measures taken by the CBC in the banking sector, Herodotou said the capital release issued to the banks gave them room to cushion possible losses due to the crisis.

Following regulatory decisions by the ECB’s Single Supervisory Mechanism, the CBC allowed banks to operate below their regulatory capital levels in a bid to continue lending into the economy and to absorb losses that may arise as a result of the Covid-19 outbreak.

“We released capital of almost €1.5 billion to allow the banks to give new loans to the economy and to absorb possible losses from restructurings and to cushion losses from non-performing loans that may arise from the crisis,” he said.

He also referred to the nine-month loan repayment moratorium implemented in Cyprus, which he said is one of the longest and widest among the Euro area, as well as the guidance issued to the banks to proceed with swift debt restructuring in a way that would be cost-neutral both for the banks themselves as well as the borrowers.

As long as there is uncertainty on the duration and the depth of the crisis, he added, the moratorium provides protection both to households and businesses for nine months. “Either they pay their loans or these loans will not be classified as non-performing at least until end 2020,” Herodotou said.

The CBC Governor pointed out that debt repayment moratorium will be helpful as lockdown measures are lifted and economic activity gradually returns.

“As lockdown measures are being relaxed, cash flow is returning for households and businesses, while the moratorium continues to provide protection. Moratorium gives everybody, the banks and businesses and households, time to recapture their cash flow in order to reservice again their loans and in order to service again their loans they need to restructure them as they come out of the moratorium,” he said.

Hence, we gave the moratorium and instructed the banks to carry out loan restructurings, he went on to say.

Turning to the measures taken by the ECB, Herodotou highlighted that the ECB Governing Council’s decision to increase the Pandemic Emergency Purchase Programme (PEPP) firepower from €750 billion to €1,350 billion and to extend its duration until mid-2021.

“This should give further comfort to the markets that the ECB is here to support and sustain the bond markets which, in return, will enable the Euro area member-states to go out to the markets, to the extend their finances allow, to raise capital to tackle the consequences to the economy with fiscal measures,” Herodotou concluded.