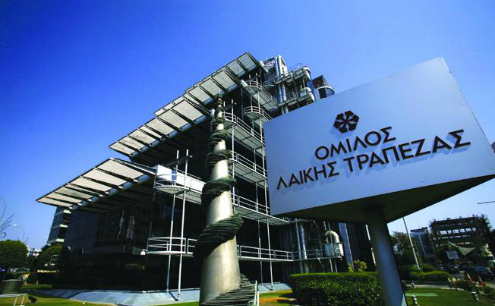 The Central Bank of Cyprus (CBC) yesterday released the detailed results of a due diligence of the banks that determined they will need around €8.9 billion in additional capital needs.

The capital needs were the result of a comprehensive analysis of the value of credit portfolios and foreclosed assets, and of theearnings capacity of the banks to absorb losses over the next three years under an adverse scenario.

According to this scenario, domestic banks will need some €8.2 billion while foreign lenders need €149 million. Cooperative banks need €589 million, the due diligence that was carried out by investment experts PIMCO found. The due diligence, completed in January, covered 22 institutions representing approximately 73 per cent of the Cypriot banking system’s assets: Bank of Cyprus, Laiki and Hellenic Bank; Cypriot subsidiaries of Foreign Institutions Eurobank and Alpha Bank, and Cooperative credit institutions, the Cooperative Central Bank, Limassol Cooperative Savings Bank and a representative sample of 15 cooperatives affiliated to the Cooperative Central Bank.

Under the adverse scenario, banks were expected to chalk up around 18.3 billion in losses, with most – €15.6 billion -- incurred by domestic lenders. Foreign banks will lose some €1.3 billion and cooperatives €1.4 billion, PIMCO said. Pimco’s base scenario predicted that banks’ total recapitalisation needs would reach €5.9 billion: domestic €5.6 billion, cooperatives €364 million and zero for foreign lenders.

The due diligence exercise has established the amount of capital that each bank would require to reach a minimum Core Tier 1 ratio of 9 per cent in the base case scenario and 6 per cent in the adverse case scenario. As with any stress test, the adverse case scenario was designed to cover “what-if” situations reflecting even more stressed macro-economic conditions than might reasonably be expected to prevail, the CBC said. And even though macroeconomic projections have since deteriorated, the use of conservative assumptions by PIMCO, provides a buffer for worse than expected macroeconomic environment.

The MoU agreed with the troika specifies that the estimation of capital needs is an essential element of the plans laid down for the recapitalization and restructuring of the Cypriot banking system. To this end a part of the €10 billion total financial assistance that will be granted to Cyprus will be deposited in a dedicated account with the CBC to be used for recapitalising cooperative credit institutions and commercial banks other than Bank of Cyprus (BoC) and Laiki.

BoC will raise the money it needs by imposing a haircut on uninsured deposits while Laiki will be resolved. Cooperatives will be given until 31 July 31 2013 to cover their capital shortfalls whereas other commercial banks will be allowed until the end of September 2013. Any institution that failed to raise the required capital within the set timeframe, thus requiring state assistance, would have to prepare a restructuring plan within two months from the applicable deadline for raising capital from private sources.