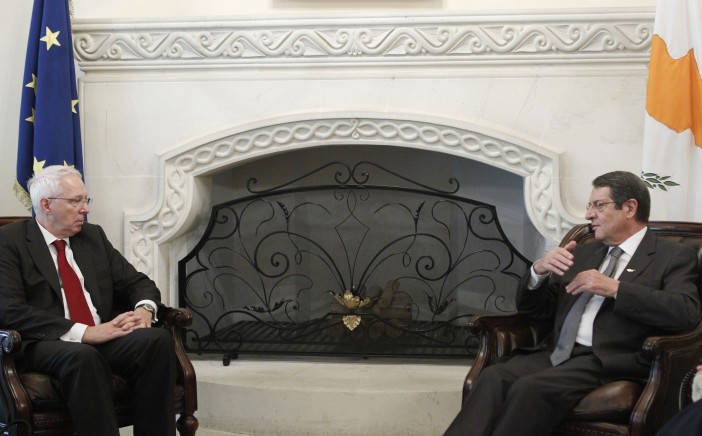 CEB’s Wenzel encourages Anastasiades to do more on NPLs

The governor of the Council of Europe Development Bank (CEB) Rolf Wenzel said recently that the lender will continue supporting economic recovery in Cyprus and advised more action to reduce non-performing loans.

“We are ready to do more in the coming weeks and months,” Wenzel told reporters, according to the Press and Information Office.

The lender was looking into financing infrastructure projects in the areas of water supply and education, said Wenzel after meeting President Nicos Anastasiades and Finance Minister Harris Georgiades. He said that Anastasiades briefed him on the reunification talks which broke down almost a year ago.

According to the Public Debt Management Office, the government’s outstanding debt to the CEB was €232.5m at the end of 2017.

Wenzel said that Cyprus needs to do more to reduce delinquent loans in the banking system, accounting for almost half of the banks’ loan portfolio, and added that the government was making progress in tackling them.

He said that the economy was recovering on a strong performance of the tourism sector and a strengthening of the banking sector.

Monday’s discussions also focused on the economic situation in Europe and the upcoming European Summit at the end of June.