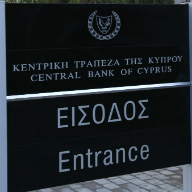 “Following approval by the European Stability Mechanism, in the framework of Cyprus adjustment programme implementation review, the CBC proceeded today with the purchasing of Cypriot bonds in the secondary market, in the context of the ECB`s QE programme,” Stylianou said.

She added that the purchases lead to a reduction to the yields of Cypriot bonds by approximately 15 basis points.