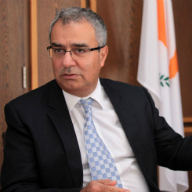 The European Central Bank (ECB) has pointed the finger at the Central Bank of Cyprus (CBC) as being solely responsible for the provision of excessive funds from the Emergency Liquidity Assistance (ELA) mechanism to the now-defunct Laiki Bank.

The ECB was responding in writing to the European Parliament’s committee on economic and monetary affairs enquiry into the troika’s role and operation in ‘euro area programme countries’ – i.e. eurozone countries implementing an adjustment programme under their bailout agreements. The ECB’s response to the committee’s question whether the ELA function was “correctly implemented in each country”, the ECB responded that the ELA mechanism was not within the purview of the Eurosystem (i.e. the ECB), but is only available to national authorities – member states’ central banks – to provide to illiquid but deemed-solvent banks that may apply for it against collateral.

The ECB’s Governing Council retains the right to restrict the provision of ELA in any instance via a non-objection procedure, to “avoid any undesirable impact on monetary policy.” The decision for such restriction requires a two-thirds majority vote in the governing council. The ECB also confirmed that “the assessment of the solvency of banks applying for ELA rests with the national authorities responsible for the supervision of credit institutions”, meaning the Central Bank of Cyprus in the case of ELA provisions to Laiki Bank, and that “the above rules have been respected when providing ELA to programme countries.” ELA procedures were published in October 2013 on the ECB’s website.

In a recently televised interview, CBC Governor Panicos Demetriades conceded that ELA provision was the remit of national central banks, but defended the CBC’s actions by arguing that Laiki was solvent when ELA was authorised. “The ELA mechanism is not evil, as some suggest”, the governor said. Laiki received €1.8 billion in state support in June 2012. By the end of March that year, Laiki had also received money through the ELA. In April 2012, ELA rose to €3.8 billion; €5.7 billion in May, and €8 billion in June. When the Eurogroup decided to shut it down, Laiki had received €11.4 billion in ELA. “If banks have sufficient assets to offer as collateral, the Central Bank has no reason to deny the provision of ELA. In fact, it is currently one of the major tools at our disposal in our effort to ease the capital-flow restrictions, so the public should be prepared to expect further provision of ELA in the coming months,” said Demetriades. “The money funneled to Laiki through ELA, illiquid though the bank may have been, in no way adversely affected its solvency status,” he added. “It did, however, affect depositors’ willingness to maintain deposits or introduce new funds into the bank.”

The CBC Governor went on to clarify that a bank’s solvency was not a factor of its repayment obligations to its creditors. “Solvency equals assets to support borrowing by being offered as collateral”, he added. According to Demetriades, ‘accounting solvency’ should be distinguished from ‘supervisory solvency’. “Supervisory solvency also takes into account recapitalization prospects”, the Governor concluded. “In granting liquidity to Laiki through ELA, we took into consideration that the bank had just been fully recapitalised through the injection of €1.8 billion of state funds, and that the prospect of the bailout agreement with the troika strengthened the bank’s position at the time.”