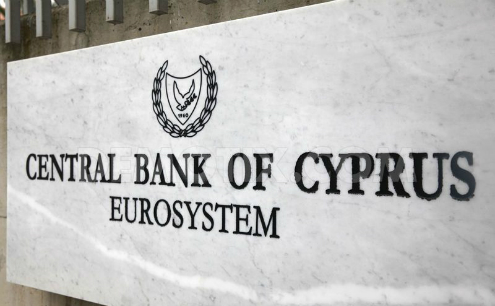 CBC criticises press coverage of summary paper prepared for the Troika on Moneyval and Deloitte reports on the recent anti-money laundering audit carried out in Cyprus.

The lack of consultation with the authors of the reports and the failure to refer to any of the positive aspects mentioned therein, has resulted in erroneous and distorted conclusions in the media and especially in the international press, according to the Central Bank of Cyprus (CBC).

The summary paper does not provide a synopsis of the main findings of the reports, but rather a description of the perceived weaknesses of the system – drawing inferences where none exist in the original reports. The Central Bank spokeswoman said: “A summary of the reports cannot be considered balanced if it omits to mention that they reveal a number of strengths both in the Cypriot Anti-Money Laundering framework and in the effective implementation of customer due diligence by Cypriot banks. The authorities are in the process of providing a detailed response to the Troika as well as to the Eurogroup.”

Considering the actual findings as well as the reports as a whole, there is no reference to or indication of systemic deficiencies, according to the CBC. In contrast to the summary paper, the reports indicate that the standard building blocks are in place, the anti-money laundering (AML) preventive measures and procedures in banks are generally sound and in general the banks have a high level of compliance with the statutory and regulatory requirements, which in some areas are more demanding than EU and international requirements. Some weaknesses are identified in the reports, but the general picture portrayed is not negative, something that is not reflected in the summary paper.

“AML is a challenge for all the international community. There is no perfect system that can guarantee the complete elimination of money laundering risk, as shown in the evaluations of the AML framework of countries in the relevant Moneyval and FATF reports. In addition, it should be stressed that no benchmarking of the Cyprus AML audit results was carried out, as this was a unique, focused and exceptional evaluation procedure not carried out in other countries. The Cypriot authorities remain fully committed to strengthening any weak areas identified in the Reports,” said the CBC spokeswoman.

The main positive findings of the reports

-    A solidlevel of compliance on Customer Due Diligence (CDD) across the sector. “Most importantly... the “All” column appears to indicate a generally solid level of compliance across the six banks with the following (4 out of 27) areas requiring further attention...”
-    A very low level of suspicious activity that may be undetected. Deloitte’s forensic analysis covered over 570,000 transactions, with only 29 circumstances in which a transaction or pattern of activity was recommended for further investigation by the bank to establish reasonable explanation which could reduce this number further or a need to report. The data, therefore, provides an indication that any potentially suspicious transactions that may not be detected are not necessarily significant or systemic.
-    A stricter legal framework beyond normal EU standards. “In the audit for compliance with the CDD requirements of the Cyprus legal framework, it is worthy of note that these requirements are more detailed, and to a certain extent prescriptive, than in many other jurisdictions, including other EU Member States that similarly have implemented the requirements of the Third Money Laundering Directive.”
-    The due diligence conducted by Cypriot banks across all customers, in obtaining passports and verifying addresses of ultimate beneficial owners, including in cases involving PEPs when exceeding a 10% ownership level. This is more thorough than the EU standard of 25% ownership.
-    A proactive approach taken by the Cypriot authorities to reduce the risk of AML. “A recognition by the Cypriot authorities of the unique risks in the jurisdiction, and efforts to tailor requirements to mitigate those risks...”

-    Strong implementation of CDD measures. “In general, the banks interviewed demonstrated high standards of knowledge and experience of AML/CFT issues, an intelligent awareness of the reputational risks they face and a broad commitment to implementing the CDD requirements set out in the law and in subsidiary regulations issued by the Central Bank of Cyprus (CBC).  Implementation of CDD measures, as described by the banks, appeared strong under most headings.”
-    Awareness of AML risks among managers.“In general, bank managements appear conscious of AML/CFT risks and supportive of strong preventive measures, including, where warranted, the rejection of some high risk business and/or closing of existing accounts.”
-    Strong compliance in the identification of customers. “In line with the CBC Directive, banks confirmed that they identify customers in all cases and do not operate anonymous or numbered accounts. For international business, most customers are corporate entities and supporting documentation is obtained to confirm the identification of the customer, the directors and the owners. Although some of these structures are complex and can involve legal entities in two or more jurisdictions, there was a consistency in the responses of the banks that they are required to, and do in practice, identify all relevant parties through all layers of these structures. The assessors did not come upon any examples to suggest lack of understanding or weak compliance on this aspect.”
-    Nothing unique to Cyprus. “A number of individual features of international banking business conducted in/through Cyprus, none of which are unique to Cyprus and many of which can be found in banking systems worldwide.”

The summary paper, dated 10 May 2013, was titled ‘Cyprus – Effective Implementation of Customer Due Diligence Measures Level of Implementation of Preventive Measures by Financial Institutions Summary Report of Main Findings by Moneyval and the Independent Auditor’