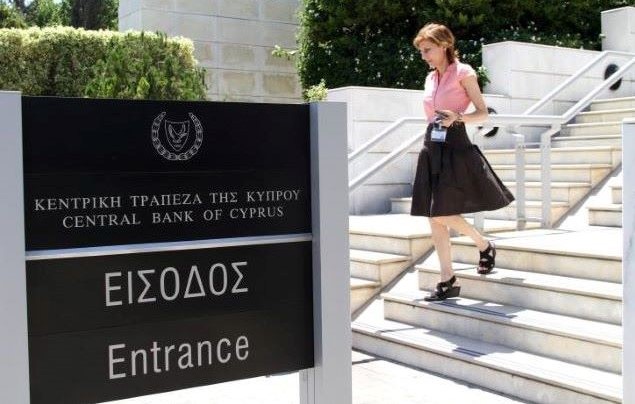 The Central Bank of Cyprus (CBC) assures, in a written statement, that the necessary precautionary measures have been taken to minimize any impact of the war in Ukraine on the Cypriot financial system. At the same time, CBC notes that due to the rapid developments, the analysis of the potential impact and the possible risks is continuous.

CBC was replying to a question of Cyprus News Agency about the extent of exposure of the Cypriot financial system to Russia and Ukraine respectively and the measures taken to deal with the consequences of the Ukrainian crisis.

According to the reply from the office of CBC Governor Constantinos Herodotou, the CBC in cooperation with the European Central Bank (ECB) is closely monitoring developments in Ukraine and any implications of what is happening, but also of the sanctions that have been imposed or are going to be imposed.

“The CBC and the ECB have taken timely and precautionary measures to ensure that any impact, including the extent of the banks` exposure to Russia, is limited,” it is noted.

At the same time, the CBC says that due to the efforts of recent years, the Cypriot banking sector has now an increased capacity to absorb any shocks. As mentioned, the levels of capital adequacy, as assessed through the Common Equity Tier 1, amounted to 17.2% in September 2021, a percentage significantly higher than the corresponding European average of 15.7%, thus strengthening the capacity of the domestic banking sector to absorb unexpected losses and to continue providing financing to the real economy.

CBC also notes that the Cypriot banking sector is now among the most robust in Europe in terms of liquidity levels with the coverage ratio reaching 345% in January 2022, a level that is almost twice the European average (174%) and more than three times its minimum supervisory requirement of 100%. In addition, it is noted, that the deposit base of the Cypriot banking sector in January 2022 amounted to € 51.3 billion, one of the highest levels observed since 2014, with the share of domestic residents in deposits reaching 82%, which strengthens significantly the stability of the sector.

It is also noted that Cyprus’ systemically important banks are under the direct supervision of the ECB.

“Due to the rapid developments, the analysis of the potential impact and potential risks (cyber security risks, weakening economic environment, impact on energy prices, etc.) is ongoing, so that any measures can be reconsidered,” the CBC says in the written statement.

As the discussions revolve around cutting off Russia from the international system for financial transactions SWIFT, Bank of Cyprus sources told CNA that a number of Russian banks are already on the list of sanctions imposed by the United States and UK.

“As far as the bank is concerned, we fully comply with the sanctions, which do not pose any particular problem for us since we have a large number of banks that we cooperate with,” said the same sources.

Regarding the broader business of the bank, the same sources noted that there is no particular impact other than the implementation of sanctions on the bank’s systems. “The situation is ongoing and we are monitoring developments.”

In addition, with regard to transactions in rubles, the same sources said that the bank takes all appropriate actions in accordance with the sanctions and depending on how the banks of the Eurozone are acting. (CNA)