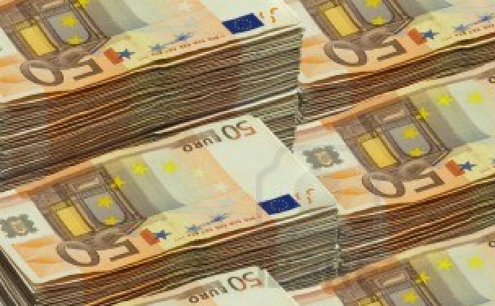 Central government debt up in 2nd quarter of 2013

Central government public debt increased by €2 billion from March 31 to July 1, 2013, a period during which short term securities remained the only new market issuance activity, according to the quarterly bulletin of the Cyprus Ministry of Finance Public Debt Management Office.

The total issuance volume including all rollovers was €1.98 million. The weighted average cost of borrowing in short term securities remained at very high levels albeit with a small reduction from 5.22% in Q1 to 5.15% in Q2. The weighted average cost of borrowing in Treasury Bills narrowed from 5.22% in Q1 to 5.06% in Q2. Due to the significance and volume of transactions of July 1, 2013, the quarterly bulletin includes all data at July 1, instead of the quarter’s end on June 30, 2013 as it would normally. Regarding the new issues, the bulletin notes that the first disbursements from the ESM for €3 billion and the IMF for Special Drawing Rights (SDR) €74.2 million or about €86 million were completed over May and June.

On July 1, Cyprus proceeded with an exchange of domestic-law bonds maturing between 2013 and Q1 of 2016 with new bonds of equal coupons maturing between 2019 and 2023. The exchange volume was for €1 billion. The exchange was a condition included in the Economic Adjustment Programme for Cyprus. Furthermore, on July 1 a domestic-law bond of €1.89 billion originally issued for the recapitalisation of Cyprus Popular Bank was renewed with the same terms, i.e. as a zero coupon bond and a yield rate of 5.15%. With the capitalisation of interest, the bond has a nominal amount of €1.98 billion.

Regarding the debt redemptions, in June a large Euro Medium Term Note of €1.41 billion was redeemed. The rest of the redemptions were short term Treasury Bills and Euro Commercial Papers which had been issued during the year or during the same quarter. In total €2.19 billion was redeemed. Additionally, repayments of loans and Savings Certificates amounted to €15.3 million. Regarding the debt structure during the period January-July 2013, the data indicates that total borrowing for 2013 was from treasury bills to the tune of 31%, loans 30%, domestic bonds 30% and Euro Commercial Papers 9%.

Debt redemptions for 2013 were 40% though treasury bills, 35% from domestic bonds, Euro Medium Term Notes 17% and Euro Commercial Papers 8%. The Central Government debt on July 1, 2013, according to provisional data and excluding intra-governmental obligations of the Central Government, reached €17 billion, while on March 31, 2013 it stood at €15 billion.