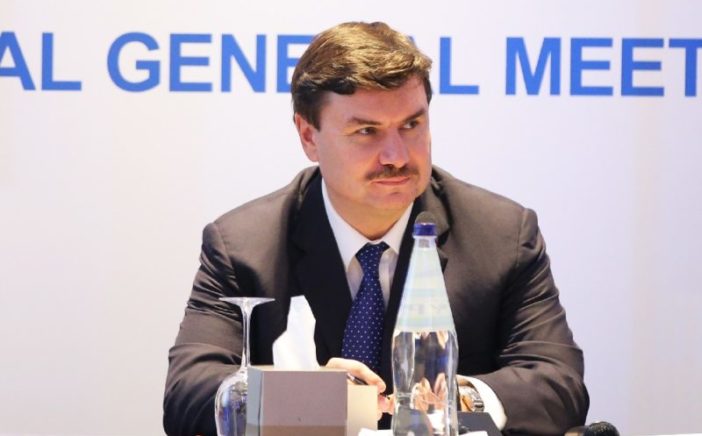 Bank Otkritie Financial Corporation sold its 19.85% stake in RCB Bank to the management of the bank, the Limassol-based lender said, with the chief executive now in control of nearly half of the capital.

“The board of directors of RCB Bank notes that the change in the shareholding structure reflects the strategic objectives of the bank to continue its successful business development with the focus on Cypriot and European markets,” RCB said in a statement on its website.

“In accordance with the bank’s strategy for the next three years, RCB will continue developing and providing its clients with high quality modern banking services on Cypriot and European markets,” a source close the bank said. The management bought shares of a stable, dynamic and profitable Cypriot bank and the lender “actively develops operations in Cyprus” expanding its branch network after having increased its client base by one third.

Following the transaction, the shareholding of Crendaro Investment, which previously held almost a third of the bank’s stock, rose to 5,389,933 shares or 49.9%, according to the bank’s website. Russia’s state-owned VTB Bank is the owner of 5m shares, or 46.3% of the shareholding and Mitarva Ltd holds 411,536 ordinary shares, or 3.81% of the equity.

The Central Bank of Cyprus, which jointly supervises RCB and three other Cypriot lenders with the European Central Bank, was not immediately available for comment.

According to RCB’s 2016 annual report, the lender which generated a net profit of €81.7m last year against a net profit of €144.9m the year before, paid out a total of €210.2m in dividend to its shareholders.

Last year, its loans and advancements to customers dropped to €7.2bn from €11.3bn the year before, according to the document. Its customer deposits rose to below €2.8bn last year from €2.7bn in 2015, while its deposits from banks fell to €5.2bn from €9.4bn, respectively.