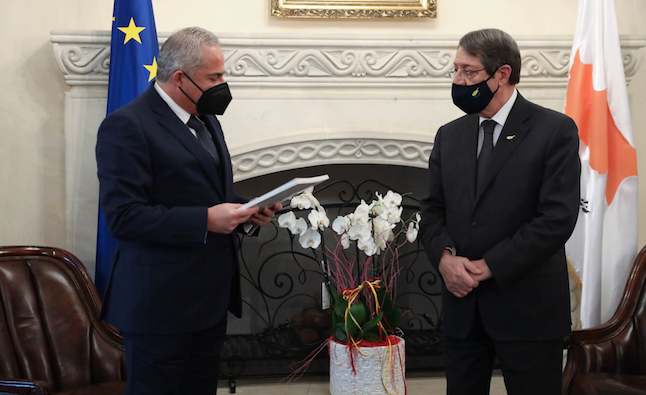 The Cyprus Energy Regulatory Authority (CERA) submitted its annual report to President Nicos Anastasiades on Thursday, confirming its commitment to renewable energy and to lowering prices for customers.

“Last year was an important one for the EU and consequently for Cyprus, since many policies were approved and adopted with the aim of reshaping the energy market,” the report said.

“The EU aims to be climate-neutral by 2050 with an economy featuring net-zero greenhouse gas emissions. This objective is at the heart of the European Green Deal and in line with the EU’s commitment to global climate action under the Paris Agreement.

“To achieve these goals, we need to increase the use of renewable energy sources and the completion of an internal electricity market, as well as the increase in the capacity of electrical interconnections between EU member states,” it added.

During the meeting, they underlined their organisation’s aim to supervise and regulate the competitive electricity market, to monitor the implementation of the plans on emerging gas markets and to integrate energy storage systems into the current electrical outputs.

Moreover, considering the spike in energy bills that affected customers in the past months, CERA also vowed to ensure that the price of electricity will remain as low and affordable as possible in the future.