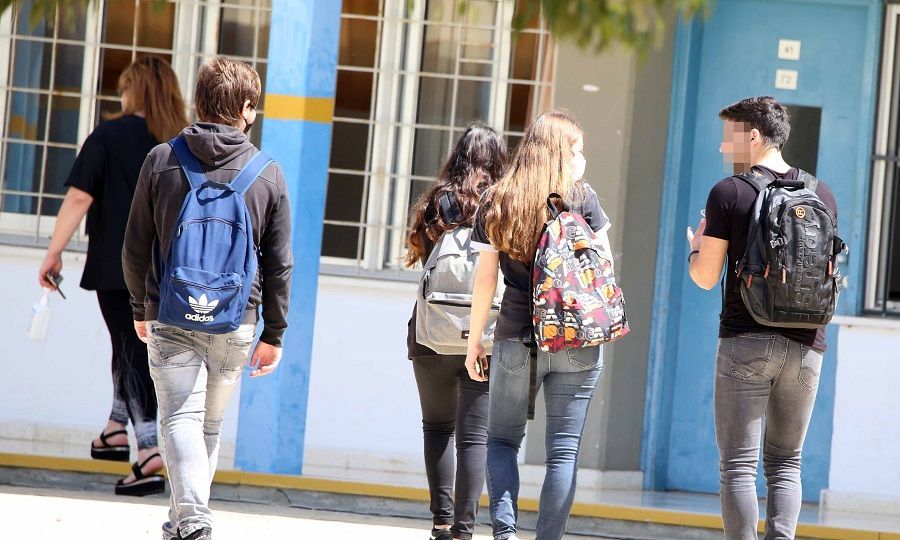 Change of plans in return of students to schools

With less than a week left until schools fully resume operation on May 21 as part of the second phase of the relaxation of restriction measures, Education Minister Prodromos Prodromou announced Friday that not all students will be returning to classrooms, as per the initial plan.

While high school seniors were on Friday completing their first week back at school as the Ministry prioritized their need to secure a ticket for higher education, only primary and middle school students will also be returning to school, with students in the first and second grades of secondary school to complete the academic year through e-learning, Prodromou said.

Kindergarten and pre-school students will remain at home for the rest of the academic year.

“The first criterion taken into account in reaching these decisions was the need to limit the total number of students returning to school, and so it was deemed preferable to only have primary and middle schools resuming operation,” Prodromou said.

By instructing the first two grades of secondary schools to continue their education through e-learning, Prodromou said teachers will be able to focus completely on graduating students who are currently preparing for the end-of-year Pancyprian examinations and university entrance examinations.

He added that the decision to keep kindergarten and pre-school students at home for the remainder of the academic year was taken “given the difficulties that may arise”.

Weekly rotation kicks off May 25

The return of students to school will take place on the weekly rotational basis previously announced, whereby students will be separated into two groups, with each group attending classes on school grounds one week at a time, while the group that stays home will continue their education through e-learning.

Speaking after the crucial meeting at the Presidential Palace between the Health Advisory Committee and the government, Prodromou said that on Thursday, May 21, the first group of primary and middle school students will be called into school, followed by the second group the next day, Friday May 22.

“These first two days will be devoted to informing students on health protocols and the rules which will apply until the end of the academic year,” Prodromou said.

After the briefing of each group of primary and middle school students on the health and safety protocols that they will have to follow until the end of the academic year on June 26, the weekly rotation will effectively begin on May 25.

The first group will attend classes at school Monday through Friday, followed by the second group the following week.

Coronavirus tests targeting schools to be stepped up

According to the Minister of Education, the coming week will the intensification of coronavirus testing among students and school staff which kicked off this week, so that the Health Advisory Committee can keep track of the unfolding situation.

Prodromou had recently announced that a round of 20,000 coronavirus tests would target schools.

He added that details and guidelines on how the round of tests will take place will soon be passed on to schools, while parents and guardians will also be informed on how to give consent for the testing of students.

“Parents will be called to bring their children to schools which will be announced as soon as possible, so that even before the return of students to schools, that is before next Thursday and Friday, we can begin these diagnostic tests.”

Prodromou highlighted that we out to take advantage of the favourable conditions we have achieved through everyone’s efforts, and to allow the steady return of students to schools, which epidemiological data and expert opinion show can happen safely.