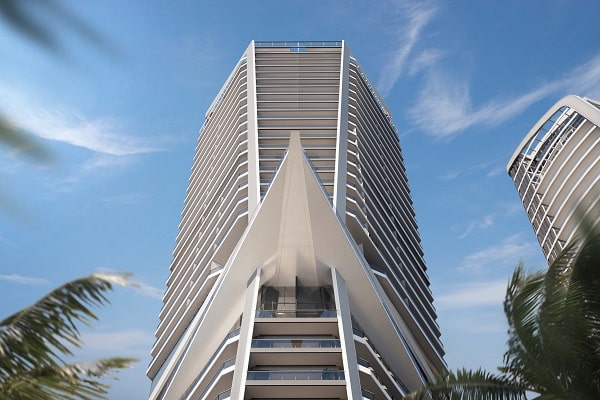 Changing the face of Limassol

A company that says it has helped changed the face of Limassol is now in the midst of constructing a trio of towers in the heart of the city.

Dubbed ‘Trilogy’ the ambitious project, taken up by Cybarco, spans 21,500 square metres of land, with the towers ranging from 36 to 39 levels, reaching a height of 161 meters.

The allure of high buildings for office space or residential apartments is the inevitable view of the sea according to Cybarco development CEO Michalis Hadjipanayiotou and each tower has its own spa and gym for residents as well as outdoor and indoor swimming pools.

Three months into construction, the price of a three-bedroom apartment starts at €950,000 and according to Hadjipanayiotou, the sales and reservations have already raked in over €60 million for the apartments and offices.

The CEO stipulated that 30% of the buyers are local – though someone from anywhere in the world with a Cypriot nationality is classed as local, with clientele also from Europe and the Middle East.

Trilogy is also going to offer a public plaza facing the beach with dining and shopping facilities of over 6,850 square metres all with parking to accommodate approximately 1,500 cars.

At this point, it is no longer news that high-rise buildings are controversial. Environmentalists time after time have expressed their concerns, for instance that residents living behind the tall buildings will be cast in shadow however Hadjipanayiotou said: “We can understand where this fear of change stems from, but it is important we comprehend that building up, rather than out, is a good way to maximize open space and views.

“It is, in my opinion, an inevitable part of the city’s evolution like other cities abroad.”

Hadjipanayiotou outlined that the company undertook all the necessary studies – including wind tunnel tests, environmental and traffic studies, before the development began.

This is not the first time Cybarco has taken such a high-profile project however, he added.

“We have been involved in projects that have changed the face of the city, like The Oval and Limassol Marina, so our mission is to continue finding creative ways to have a positive impact on Limassol on all fronts – on the local infrastructure, aesthetics, businesses, employment and economy as a whole.”

Their involvement with the marina was building the luxury residences which Hadjipanayiotou describes as the most challenging project they ever undertook.

“It was effectively in the middle of its development when the crisis truly set in and yet it managed to withstand it. It was the first superyacht marina on the island, it was on a completely different scale to anything else we had done in the city and it also combined residential units in the sea with shops and restaurants, 650 berths, a spa and gym, a cultural centre and more. A first for all of us involved but the catalyst to some very positive changes on the west side of Limassol.”

Next on Cybarco’s horizon, as part of the Lanitis Group, the company is also looking to build a golf resort in Limassol on the land adjacent to the new casino. Dubbed as the ‘Limassol Greens’, it will combine luxury residences with commercial facilities and an 18-championship golf course.

It goes without saying that undertaking such projects means liaising with government and municipal officers for the necessary permits, something which Hadjipanayiotou describes as a process that is still challenging.

The state offices are not sufficiently staffed, he said and as such affects the time it takes for procedures to move through.

“Large-scale projects are huge investments and even the slightest delay impacts the projects cash flows and return significantly. We are working closely with the authorities but if we want to attract foreign or local investors, we need to simplify these processes and be faster in issuing permits. We are competing with other countries for investment and more needs to be done on this front.”

Apartments in such luxury residences are popular with those seeking to take advantage of Cyprus’ citizenship by investment scheme, introduced in the wake of the 2013 economic crisis.

The scheme states that foreigners who invest €2 million in the property market or Cyprus-based companies, including a residence worth at least €500,000, can obtain citizenship.