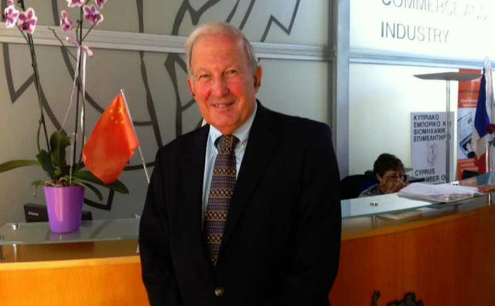 China is becoming increasingly interested in Cyprus and the potential is “huge,” the head of the Cyprus-Chinese Business Association said yesterday.

Andis Nathanael told the Cyprus News Agency that direct investment from China to Cyprus has been rising, with the Chinese purchasing between 90 and 100 million US dollars worth of immovable property alone in 2011. He said that this was a drop in the ocean compared with the level of global investments by China, but added it was plenty for Cyprus. Nathanael called for increasing transparency in the property sector and regulating the sector to oblige sellers to file reports on the property they are offering.

The association is organising two China-based events, including an early-November Shanghai conference which the Cyprus energy minister is expected to address, Nathanael said. Other events in Cyprus all aim to develop deeper ties between the two countries, he added.

With the crisis and Cyprus’ obscurity in China, Cyprus needs to work hard toencourage investment, Nathanael said. His association has been working towards that end while he said moves by the government to make it easier for investors to get permanent residency in Cyprus have helped. Applications by Chinese nationals to gain permanent residency in Cyprus have jumped from a couple of dozen in 2012 to hundreds this year, according to the interior ministry’s migration department which said it counted over 400 applications at the end of August.

Applications from Chinese made up the bulk of all the applications filed this year by non-EU nationals in relation to applications by investors and those who can prove they haveindependent means of income, both ways of earning residency. In Paphos, the promise of a €290 million investment has attracted attention, as a promise of a brighter future amid the financial crisis. The purchase by Hong-Kong-based China Glory National Investment of the Venus Rock Golf Resort has been hailed as an example of the growing links between China and Cyprus.