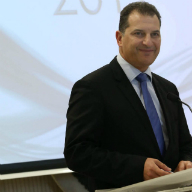 Energy Minister Lakkotrypis confirms Chinese investment interest in Cyprus' natural gas and reiterates that a pipeline to Turkey is not an option without a Cyprus solution.

During a joint press conference with Greens MP Giorgos Perdikis, the minister said the prospects for piping natural gas to Turkey were there if a solution was found. “The government was very clear. The President said that without a solution there is no chance (for a pipeline to Turkey). The ministry is not considering such an option. A pipeline to Turkey is not our decision to make,” Lakkotrypis said adding that “in the event of a solution, of course, it opens up wide prospects and the matter would take on a commercial format”.

In response to claims that transporting Cyprus’ natural gas through a pipeline through Turkey would be the cheapest method Lakkotrypis said that “on a technocratic level, it does not means that the cheapest method of transportation will be the most effective method for the government”. “It is not currently an option. The Turkish side may talk all it wants about its plans,” he added.

Asked whether the government had been sounded out about transporting Israeli natural gas to Turkey via Cyprus, the minister said he was not aware of such proposals. He said the only time he had heard of something along those lines was from former US diplomat Matthew Bryza during a conference on hydrocarbons in Cyprus last summer. “There is nothing substantial in the comments and there was no in-depth discussion or analysis on the subject. It was Mr. Bryza’s position which he expressed during a conference in Paphos,” he said.

Responding to questions regarding possible Chinese investment in Cyprus’ natural gas, Lakkotrypis confirmed reports of a meeting he had with a Chinese company which is interested in exploiting Cyprus’ natural gas reserves. “We had a meeting with a huge Chinese state-run company, but I need to say that we have all had such meetings in the last 12 months with large Chinese state-run companies who have shown interest in contributing on the subject of indigenous deposits and on exploiting Cyprus indigenous deposits and on an interim gas solution. “The meeting I had last week was on both subjects, on an interim gas solution and the specific Chinese company’s activities in our Exclusive Economic Zone (EEZ),” he said.

He explained that various Chinese companies were interested in all of the stages in the chain of natural gas exploitation and not only in the upstream but in exploiting the natural gas, certain solutions and major infrastructural projects which will be developed.

Perdikis said he believed a national council to deal with energy policy needs to be formed. On the issue of the pipeline to Turkey, the Greens MP said that under no circumstances should any plans to connect Cyprus with Turkey via a pipeline reverse any plans for a Liquefied Natural Gas terminal, whether it is in Vassilikos, a floating LNG or by using a terminal in Egypt or Israel.