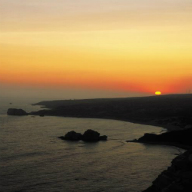 The co-op movement is looking for a buyer for a piece of property in Paphos worth at least €2.9 million which was repossessed after the owner was unable to service his loans.

The 21, 575 square metres expanse of land is situated in Chlorakas, Paphos, near the area known as Pyrgos and has seven half completed homes, part of a housing complex of 20 homes.

Phileleftheros newspaper reported on Tuesday that the property, which was being held as collateral, came into the hands of Polemidhia co-op in 2008 to cover loans taken out by its owner. When the co-op was merged with the Limassol Co-op Bank in 2010, all its assets were transferred. Since then, Limassol Savings Bank made several attempts to sell off the property but interested buyers would not match the minimum price of the property.

According to Phileleftheros, Limassol Savings Bank has now decided to ask for tenders for the property through paid ads.

This specific property has building permits. It is also one of 60 properties available for sale that are listed on the Saving Bank’s web site as a plot with seven half finished houses, at a price of €4.08 million. Since 2010 it has sold 15, at prices below their value, Phileleftheros added.