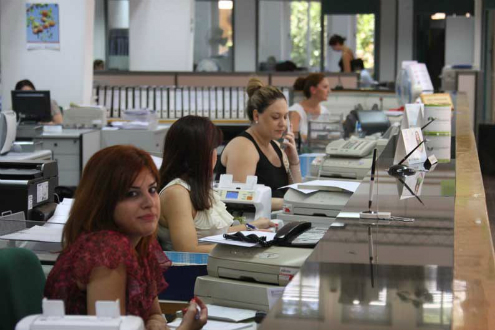 Co-ops a step closer to merging

The head of the Central Co-operative Bank (CCB) has reiterated that co-operatives will regain ownership of their shares within a reasonable time, as the list of the 18 entities that will result from the merger of 93 banks was made public yesterday.

“I continue to express certainty that within a reasonable time period, the co-operative movement will, gradually or in a one-off transaction, regain its shares, which will return to its members,” Erotokritos Chlorakiotis said. Co-operatives will receive €1.5 billion from the state to recapitalise in line with the island’s €10 billion bailout deal with international lenders. The move will make the state the exclusive owner of the co-operatives, acquiring 99 per cent of its shares. Some observers believe theshares will never return to the co-ops. “With all due respect to economic analysts, neither they can convince me, nor I can convince them,” Chlorakiotis said. He was speaking after a morning meeting that discussed the sector’s overhaul.

Under the bailout agreement, co-ops will have to drastically reduce their number. The CCB yesterday gave a list of the 18 entities that will be created through the merger of 93 co-ops of various sizes. According to the scheme, Nicosia will have 10 companies, followed by Limassol and Larnaca with three each. Famagusta and Paphos will have one company each.

Main opposition AKEL has expressed concern over the developments, demanding that the co-operative movement retained its people-centric character. One of the party’s concerns is that the state may at some point sell the shares to private individuals. AKEL wants to ensure co-ops will remain in the hands of the current shareholders “and the movement will not change the character it has for the past 100 years. This is where we will focus our efforts,” party leader Andros Kyprianou said. He said verbal pledges were not enough and the party wanted to see tangible action. Kyprianou was speaking to reporters after a meeting with Central Bank Governor Panicos Demetriades. He said his party was briefed on the details concerning the co-op deal and the discussion will continue with President Nicos Anastasiades, with whom AKEL has already spoken. “I have to say that the president has repeated his pledge that the co-operative movement’s character must be maintained, but we want to see this on paper. Verbal pledges are notenough,” Kyprianou said.