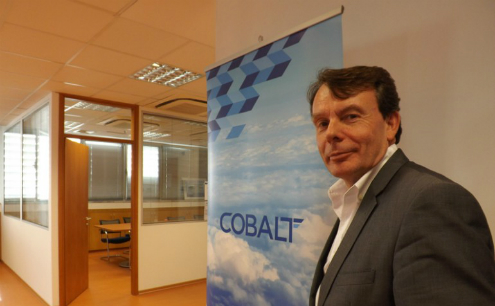 Cobalt, the Cypriot airline which launched its flight programme in July 2016, said that it would increase the number of its aircraft to six by the beginning of 2017.

“Cobalt will continue to grow and develop, supporting Cyprus’s economy and the Cypriot traveller,” Cobalt said inan emailed statement on Wednesday citing its chairman Gregory Diacou. “The company marches forward with the vision of showcasing Cyprus as an all-year-round tourist destination and transform Cyprus to a regional air traffic hub”.

“Based on the company’s plans, it’s projected that at the beginning of the New Year, Cobalt’s fleet would include six new aircraft,” the airline said, citing Diacou, and added that the company has so far sold 140,000 tickets and serviced 80,000 individual customers. “The company’s target at the present phase is the gradual enlargement of its fleet and the expansion of its travel network to new popular destinations”.

Diacou was addressing an audience of tour operators at an event on Tuesday in Nicosia. His comments came less than a month after news emerged that the company had one of its wet-leased aircraft grounded by the owning company, the Portuguese EverJets.

Jose Pereira, chief executive officer at EverJets said in response to a Cyprus Business Mail emailed enquiry, that his company decided to ground the aircraft leased to Cobalt for several days last month over a payment dispute.

He added that his company was considering legal action against the Cypriot airline.

Cobalt did not respond to repeated requests for comment. Wet lease contracts involve the use of an airline’s aircraft by a second airline which also covers the cost of the crew, maintenance and insurance and is also known by its acronym ACMI.

On September 20, the Swiss-based aviation news website ch-aviation.com reported that Cobalt wet-leased a A320-200 from Lithuania’s Grand Cru Airlines which arrived to Larnaca two days earlier.

According to Cobalt’s emailed statement, the airline employees today 200 staffers, 40 of whom are former Cyprus Airways pilots or co-pilots plus 100 stewardesses.

“During the event, a special reference was made to the new chief executive officer Andrew Madar who has 25 years of experience at Boeing and served at its commercial manager in China and at GE Aviation,” the Cobalt statement said.

Philokypros Rousounides, head of Cobalt’s corporate affairs, said according to the statement, that the airline’s aircraft would soon be flying to Asia, including China and the Middle East, and other European destinations. By the end of the month, Cobalt will add a third Airbus to its fleet, Rousounides said.

“A significant number of tour operators attended the event who said that they will contribute to Cobalt’s vision of offering better service to Cyprus’s passenger,” Cobalt said.

The airline was repeatedly criticised in the first two months after launching its flight programme by affected passengers for delays and flight cancellations. These prompted the ministry of transport to order the civil aviation department to investigate the matter.

Michaelides added that there were indications that the company was addressing the causes which caused the problems.