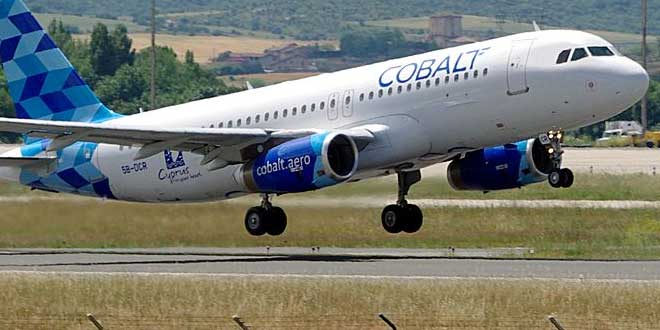 Cobalt still leasing one of its planes

Despite having had its operating license revoked, grounded Cobalt Air remains a going concern and has retained its air operator’s certificate (AOC), the press has learned.

In the meantime, the airline – which currently is not under administration or liquidation – has terminated the lease contracts on five of the six aircraft in its fleet.

Still in force is the lease contract for one of the jets, sources familiar with the matter said.

At any rate, by keeping one of the planes on its books, as it were, Cobalt is able to retain the AOC.

In order to qualify for an AOC – issued by a national aviation authority – an aircraft operator is required to demonstrate that it has assets, personnel and a system in place to ensure the safety of its employees and the general public.

By contrast, Cobalt’s operating license, which was revoked by the Air Transport Licensing Authority, relates to the commercial aspect of its operations.

It is surmised that in the background Cobalt continues the search for new investors. It is for this reason the airline is keen to retain its AOC.

Sources said that one reason the AOC may not have been suspended or revoked is because the move would be moot – since Cobalt is not flying anyway, there is no question of air safety.

But another reason could be the morass of litigation surrounding the – to all intents and purposes – bankrupt airline.

Earlier this week, it was confirmed that creditors of Cobalt had secured a series of court injunctions by which they were able to physically block the airlines’ planes – its assets – at Larnaca airport.

Various creditors placed vehicles – including bowsers – around the aircraft.

The creditors include fuel suppliers and companies providing maintenance services to Cobalt.

Initially, for the first two to three days, the aircraft were stranded at the terminal’s jet bridges, interfering with the smooth operation of the airport.

The Cyprus Mail is told that the planes were subsequently moved to a single location on the old tarmac, near the Cyprus Airways hangar.

On October 17 Cobalt had decided on its own to ground its aircraft after it became apparent that it had run out of cash when its Chinese backers pulled the plug.

A couple of days later, the lessors of the aircraft – which include Dublin-based Avolon and Celestial Aviation – came to the island with crews in a bid to secure the planes and fly them out.

They left empty handed, as creditors had already filed injunctions against Cobalt.

At the time when representatives of the leasing companies arrived in Cyprus, it is understood, all leasing contracts for the aircraft were still in force – that is, as far as civil aviation was concerned, the planes were registered in Cobalt’s name.

It was not until around October 26 that Cobalt and the lessors came to a mutual agreement to terminate five of the six lease agreements.

It’s not clear whether the leasing companies have since made a second attempt to secure their planes.