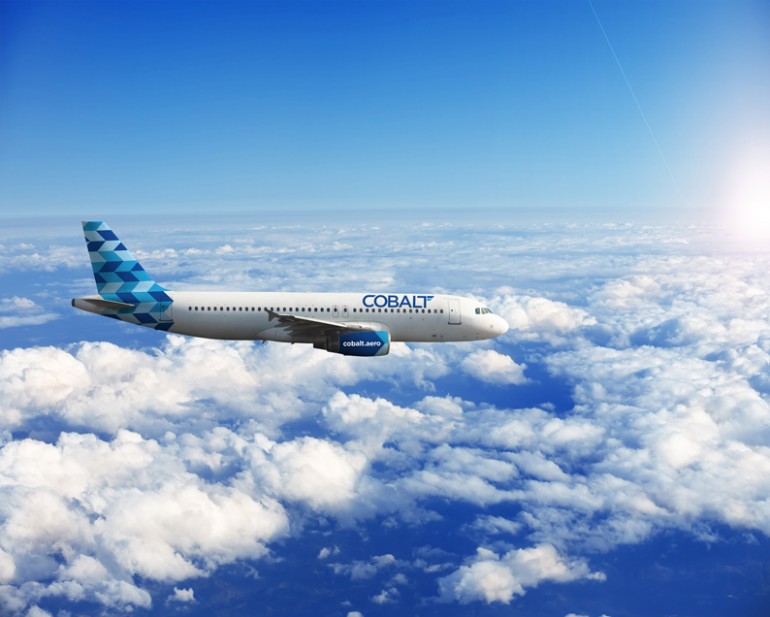 Cobalt to launch flights from Cyprus by Spring 2016

“If you try today to fly to most places in Europe, you have to go through somewhere else,” Hayden said in an interview to the press.

“The idea behind Cobalt is that we would try to fill that gap that wasn’t served, even by Cyprus Airways. Not only to look at Cyprus as the destination, but to turn it into a hub, focused very much on transit passengers.”

Hayden, a young Irishman previously involved in five start-up airlines, joins a stellar cast of aviation high-flyers. Senior management, he said, boasts over 200 years of combined aviation experience in over 20 start-ups, and they dream big for their latest endeavour.

“Cyprus would not be big enough for our plans, but we’ll always be a Cypriot company,” he said.

“Our base will be Cyprus, we’ll grow from here. It’s our focus ofemployment, training, and it’s also the focus of safety and oversight.”

“We saw a gap in the market,” Hayden replied.

“The economy is right to set up something of low-cost nature, cost of living is good, cost of employment is very good. It seems to tick all the boxes to set up a new business.”

And geography is absolutely perfect for what we have in mind, he added.

“Cyprus is ideal – it’s better, I think, than the likes of the United Arab Emirates, in terms of how they set up their transit-hub operation. Cyprus has a lot more to offer than most of those markets do. So I think the future is very bright for that aspect.”

But the “low-cost” factor should not be mistaken for your average cookie-cutter business venture, Hayden warned.

“We’re not going to offer the same product as, say, Ryanair, Wizzair or EasyJet,” he said.

“Whilst we want to deliver a value product, we don’t want to treat customers like animals, either. We believe the destination is the journey, and that on board our customers should feel they receive value for money – they should look forward to their next flight with Cobalt.”

Almost incredibly, these businessmen trying to invest in Cyprus have no complaints about red tape or government inefficiencies – on the contrary.

“We’ve had a lot of support,” Hayden said confidently.

“The government has been very, very helpful, to the point where they talked to the department of civil aviation to make sure we’ve got everything we need. And the DCA, in turn, have bent over backwards to make surethey’ve helped us in every way possible. We’re also looking to work hand-in-hand with the Cyprus Tourism Organisation in promoting Cyprus.  And we are in very close negotiations with [airport operators] Hermes – they’re being very helpful. They’re looking at how best to support us.”

Cobalt seems to have checked every box in any start-up’s standard check list. It has a unique selling proposition that seems a perfect fit with the target market. It has armed itself with some of the best and the brightest in global aviation. It has taken on experienced former Cyprus Airways crew and management, who had admittedly set up a quality airline that was eventually destroyed by government meddling. And, looking at the larger picture, it set its sights on attracting new traffic, instead of starting a gruelling war of attrition against existing players.

And, judging by how fast they were able to move from having the idea to launching operations, the air-travel market in Cyprus might just be due for a good shake-up.