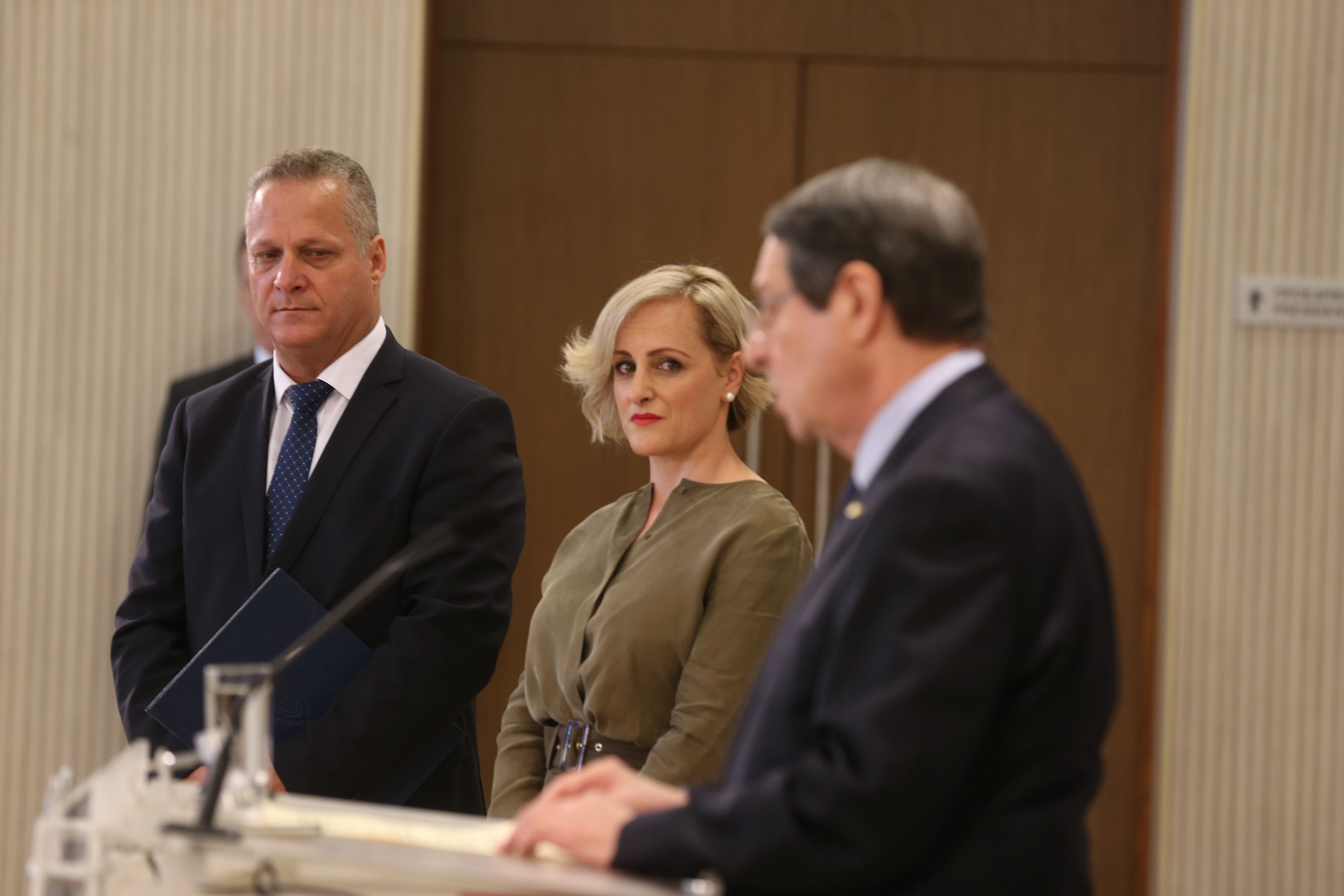 Commissioners for environment and mountain development sworn in

Two new commissioners were sworn in on Wednesday, as the cabinet held its first meeting under its new composition following Sunday’s reshuffle.

President Nicos Anastasiades asked the two commissioners to work closely with the other members of the administration to promote its programme.

“You will have me by your side, like all the ministers,” the president said, stressing the need for cooperation so that the decisions taken by the cabinet were implemented and the commissioners’ recommendations to the ministries were heeded.

Anastasiades said the two offices were crucial for the protection of the environment and tackling contemporary environmental challenges but also for the sustainable development of the country’s mountainous regions.

The ceremony took place a day after four new ministers were installed during a mini cabinet reshuffle.

The changes in the cabinet, the appointment of Stella Kyriakides at the European Commission, and the resignation of MP Solon Kassinis will also bring in three fresh faces in the ruling Disy benches.

Savvia Orphanidou, Xenia Constantinou, and Michalis Sophocleous, all runner ups in the 2016 elections, will be replacing Kyriakides, Kassinis, and Nouris.