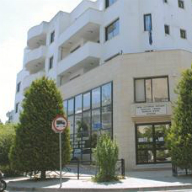 Lawsuits are expected to be lodged against 32 developers and hotels for €10.6 million outstanding in property tax.

Of the 32 companies, 10 have paid €47,000 of the €9.6m they owe. There is approximately another €1m outstanding in interest. The deadline to settle the taxes has lapsed and Inland Revenue department officials are understood to have started work on the civil suits. Sources indicate that there will be no exceptions with the Troika’s bailout agreement stipulating clearly that tax authorities should proceed with legal action in cases of non-payment of tax. The civil cases will be submitted in the district courts of the districts where the companies are based. Authorities will seek to impose a memo and property writ so that no transactions can be carried out unless they cover their tax obligations. Some of these companies may already have similar writs because of other outstanding taxes.

The list of the names of companies owing more than €100,000 in property tax that was given to the House of Representatives recently included the Land Development Organisation and the Cyprus Sports Organisation, with the first said to owe €446,166 and the second €178,366 in property tax. According to the list given to the House, the biggest sum is understood to be owed by Aristo Developers at €2.4m including interest. Next, according to the same list, is Pafilia Property Developers which owes €1.2m for property tax followed by Lanitis Development with €483,192 outstanding. According to the list, Alfa Panareti owes €437,532, Giovani Developers €420,852, Kleanthis Savva Developers €401,748 and Aqua Sols Hotels another €388,764. Also on the list is the public company Orphanides, now in liquidation, which owes €355,460. Other companies are Venus Rock Estates with outstanding property tax of €314,735, Tsokkos Hotels €289,399, Karma Estates €246,944, A. Chacholis Developers €246,577, J. Aristodemou Ideal Homes €243,702, Ioannou & Paraskevaides €240,047 and Paschalis Holdings Construction €213,285.