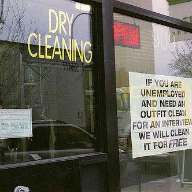 Company registrations up in September 2014

The number of company registrations was up for the seventh straight month in September 2014, reports said recently.