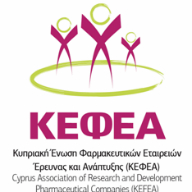 Concern over excluding medicines from the NHS

The Cyprus Association of Research and Development Pharmaceutical Companies (KEFEA) is concerned over media reports claiming that only one medicine will be available for every disease following the implementation of the NHS.

KEFEA, meeting with the troika stressed that such a development would be a serious setback and have an adverse impact on the provision of health care to Cypriot patients. The association explained to the Troika the dangers of providing only one treatment for each disease, and underlined the fact that Cyprus will be the only country in the world with a National Health System, which does not afford patients’ the right to equal access of medicines.

KEFEA reiterated that such a practice would rescind the philosophy of the NHS and significantly undermine the quality of healthcare offered, while at the same time creating drug shortages in Cyprus. Furthermore, such a practice violates the physicians’ right to freedom of choice when choosing treatments and creates serious problems in implementing the directive for Cross-border Healthcare. The Troika delegation carefully listened to KEFEA’s concerns and committed to look into the matter.