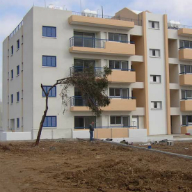 Lawmakers have voiced reservations over a bill that would stop the transfer of an individual’s last immovable property until they have paid all their taxes to the inland revenue department.

The House Finance Committee has asked the legal services for a ruling on a series of questions regarding the bill’s provisions, which call for a certificate issued by the inland revenue department (IRD) that all due taxes have been paid before transferring the property. Some of the reservations concern the constitutionality of the provisions, Committee chairman Nicolas Papadopoulos said – “whether you can impose such an obligation that has nothing to do with the property, something that was judged by the Supreme Court as unconstitutional.”

Another point raised by MPs concerned rich people who owned a lot of properties and possibly owed taxes. They would be allowed to transfer their real estate while a poor individual with a small tax debt would not be allowed to transfer their property because it was the last one. Papadopoulos said problems might arise for banks too, as such a provision would affect the collateral held by banks. “If the state is allowed to collect its dues first it will mean the property will have a lower value,” Papadopoulos said. He said they were looking into exempting mortgages from the law but then there was a matter of also exempting sales documents already submitted to the land registry and obligations stemming from court decisions.

IRD chief Giorgos Poufos urged parties to find a solution because the situation could not go on. Poufos said people who owed taxes moved faster and sold all their real estate before the state took action.