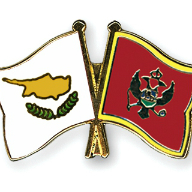 Conclusion of new bilateral agreements between Cyprus and Montenegro

Ways to further develop the bonds between Cyprus and Montenegro, including the conclusion ofnew bilateral agreements on energy issues andtourism, were discussed during meetings the Foreign Minister had in Montenegro.

According to an official press release issued here, during his contacts in Podgorica, the Minister of Foreign Affairs Ioannis Kasoulides had talks with his counterpart Igor Luksic, and he was also received by the Prime Minister of Montenegro Milo Dukanovic and the Speaker of Parliament Ranko Krivokapic. As regards Montenegro’s European perspective, Kasoulides reaffirmed Cyprus’ continuous support for the further advancement of Montenegro’s negotiations with the EU, stressing our part’s readiness to provide technical assistance and expertise on the basis of our own experience. The role, importance and possible cooperation between small member states within the EU were also discussed.

During his contacts with Montenegro officials, the Minister of Foreign Affairs had the chance to brief them on the recent developments in the Cyprus problem and the resumption of substantive talks, following the agreement between Cyprus President Nicos Anastasiades and Turkish Cypriot leader Dervis Eroglu on a Joint Declaration, and received their support for the successful outcome of the ongoing procedure. Moreover, regional issues were discussed both concerning the Western Balkans and the broader Southeastern Mediterranean region, and views were exchanged on the recent developments in Ukraine. Kasoulides also gave interviews to local media.