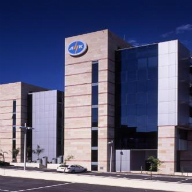 A tender has been issued for the appointment of an independent consultant to prepare a study concerning all possible outcomes on the future of the Electricity Authority of Cyprus (EAC), Privatisations commissioner Constantinos Herodotou said in an announcement recently.

He was responding to comments he had made on the sidelines of the Cyprus Investors’ Summit in Limassol on Tuesday, referring to the state-owned institutions lined up for privatisation by 2018.

“A large number of criteria must be considered in the preparation of the study, such as the operation of a competitive, efficient and sustainable energy market, guided by the required level of transparency, ensuring competence, continuity, quality, reliability and security of electricity supply,” Wednesday’s announcement said.

The protection of consumer interests, including the quality of services and the reduction of electricity price, are also among the criteria that the study must take into consideration, as well as compliance with relevant national and European legislation to safeguard and promote investments in both conventional and renewable sources of production electricity and other related goals, it said.

No decision has been made so far on behalf of the government for the legal separation of the EAC or for its privatisation, the announcement said.

The EAC is one of the semi-governmental organisations that could be privatised as part of Cyprus’ agreement with its international lenders. The organisation has no competitors but faces serious cash flow problems that have prompted the Auditor-General to question whether it could stay in operation in the foreseeable future.