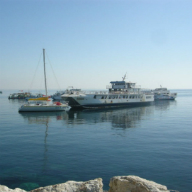 The government is currently in the process of hiring consultants to help map out the privatisation of Larnaca port’s commercial operations, transport minister Marios Demetriades announced recently.

His ministry hoped to issue a call for tender by June next year, he added.

Demetriades was speaking in Limassol at the annual general meeting of the Cyprus Shipping Association.

“Our goal is to move forward, using the model of the (state as) owner and the private sector as operators (of the port)… it is the prevailing model in the EU and around the world,” he said.

The government’s intention is to develop the port in Larnaca for tourist purposes.

Demetriades pledged that the changes would be discussed with all stakeholders.

The government is also pressing ahead with farming out to private investors the commercial operations at the port of Limassol.

According to earlier reports, the tender documents for Limassol port would be finalised by December 31. The bidders will then submit their final proposals by January 19, and by March 31 the government must select the successful bidders.

Three contracts are to be awarded: one for the port services, another for the cargo terminal, and a third for the passenger terminal.

Government revenues from privatisation will go toward paying down a €10bn bailout granted to Cyprus in March 2013.