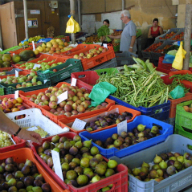 Consumer prices fell for the 33rd straight month in March 2016, dropping by 2.5% compared with the same month of 2015, according to the latest consumer price index figures from the Statistical Service, Cystat.

Prices in February had dropped by 2.6%, while prices in January had declined by 1.3%.

Compared with the previous month, prices rose by 0.67%. This was mainly due to increases in the prices of certain clothing and footwear and airfares, said Cystat.

Decreases were recorded in the prices of certain vegetables.

“The goods and services are reclassified based on ECOICOP coding instead of COICOP4 coding. These changes are made for comparability purposes between the domestic CPI and the HICP,” said Cystat.