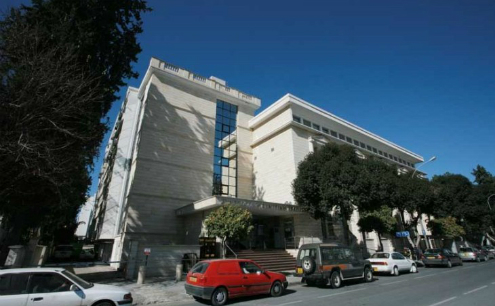 Cyprus’ second largest lender, the state-owned Cooperative Central Bank (CCB), said recently that it had received proposals for the acquisition of its operations from two prospective buyers.

Hellenic Bank, the third largest Cypriot bank, said that it was among the bidders.

“The proposals are now under review by the bank’s senior management working closely with Citigroup Global Markets Limited as exclusive financial advisor to CCB,” the Co-op said on Monday, after the deadline for submission of binding offers expired. “We anticipate that the board of directors will meet as part of that review to consider the proposals and will provide further information at the appropriate time.”

The Cyprus News Agency reported that the US-based Apollo Capital Management was the other bidder.

In a laconic statement on the website of the Cyprus Stock Exchange, Hellenic said that it was participating in the tender initiated by the Co-op on March 19, and that it submitted an offer.

“The company will, to the extent required by applicable laws and regulations, keep the investors informed of any developments on this matter,” Hellenic Bank added.

In April, the government – which bailed out the CCB with two capital injections of €1.5bn and €175m in 2014 and 2015 and owns more than 99% of its stock – issued bonds worth €2.4bn to the Co-op and deposited €2.5bn in government funds at the lender in an attempt to soothe depositor concerns over the bank’s solvency. These concerns had triggered significant cash withdrawals in previous months.

In 2013 when the twin banking a fiscal crisis culminated into the loss of €8bn in deposits, depositors at Bank of Cyprus saw half of their uninsured funds converted to equity while those at the Cyprus Popular Bank lost all their deposits in excess of €100,000.

The Co-op, the product of successive mergers of mostly poorly managed local cooperative saving banks, has made very slow progress towards reducing its non-performing loans stock.

In September, the bank’s delinquent loan portfolio stood at €6.7bn or almost 59% of the total. While the bank has not published its financial results for the whole of 2017, it said in December that it had meanwhile reduced its bad loans stock to €6.5bn.

Last year, the government shelved its plans to hand over up to 25% of the Co-op’s stock to its customers and depositors after the Central Bank of Cyprus intervened. The bank also scrapped its initial plan to seek a listing on the Cyprus Stock Exchange.

Economist and former banker Marios Clerides who served as the Co-op’s managing director until mid-2015, said that he was encouraged, but would reserve judgement over the bank’s two bids.

“It’s better to have to interested buyers,” he said in a telephone interview. “If you have only one, it is easy to be taken advantage of in negotiations.”

One the other hand, he added, they are both seeking to acquire distressed assets at a low cost.