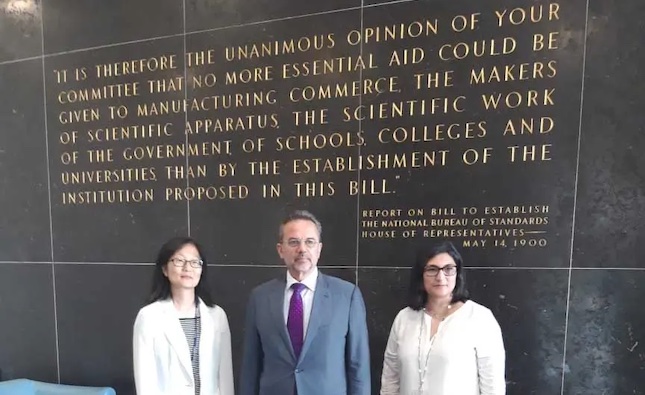 Cooperation on technological issues strengthened with US

Cooperation on technological issues between Cyprus and the US has been strengthened following a series of meetings held by Deputy Minister for Research, Innovation and Digital Policy Kyriacos Kokkinos with government officials in New York and Washington DC over recent days.

In February, the two countries signed a 10-year cooperation agreement in the fields of science and technology.

The meetings focused on expanding relations and cooperation between Cyprus and the US by exchanging know-how and best practices to accelerate and successfully implement key digital reform.

Ways of promoting women’s participation in the information and communication technology sector were also discussed, as well as Cyprus’ role in cybersecurity and artificial intelligence projects.

“We have laid the foundations for tangible actions of mutual benefit to both countries, as there is fertile ground for extensive cooperation both on governmental and private level,” Kokkinos said on Monday.

Kokkinos met the Deputy Assistant Secretary of State Erika Olson, responsible for overseeing policy for Southern Europe and the Caucasus. He also met Under-Secretary of State for International Economic and Development Affairs Roland de Marcellus and Acting Science and Technology Adviser to the Secretary of State Allison Schwier.

“Cypriot expats are an extension of our image abroad, a valuable tool for maintaining and deepening the close relationship we already have with the US and the solid foundation on which we can build a more sustainable, resilient and prosperous future for all,” Kokkinos concluded.