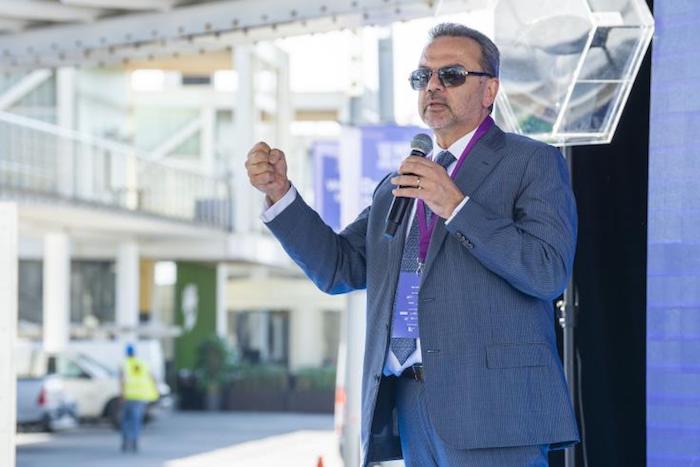 Deputy Minister of Research, Innovation and Digital Policy, Kyriakos Kokkinos stressed the need to coordinate actions and investments at national and European level to achieve the EU's goals "for a sustainable, digital and green transition, empowering businesses with an emphasis on the SME and start-up ecosystem, and ensuring EU technological dominance", during his intervention at the informal teleconference of the Competitiveness Council for Research, under the Portuguese Presidency.

During his intervention, the Deputy Minister referred to the "launch of a new financing program for the green transition, based on the European Green Agreement", noting that "the program is expected to finance high-tech projects, which will utilize state-of-the-art technologies and aim at developing innovative solutions to tackle climate change and support the cyclical economy ".

The EU27 ministers discussed the important contribution of the Recovery and Resilience Mechanism (RRF) for the further development of the European Research Area (ERA) but also for the acceleration of the green and digital transition and the stimulation of resilience and competitiveness of the European Union economy.

According to a written statement, "there is a convergence of views on the need for investment and reform in research and innovation systems to be properly reflected in the national recovery and resilience plans drawn up by the Member States."

"Ministers agreed that structural reforms and smart investment under these national plans should focus on the most promising areas, such as renewable hydrogen, high-performance computing and quantum computing, artificial intelligence, space and innovation".

At the same time, "the importance of accelerating the introduction of innovative solutions in the market through supporting and facilitating the access of start-ups and small and medium-sized enterprises (SMEs) to funding sources, as well as investing in human capital and skills development" was stressed.

Finally, as noted, "the development of synergies in the implementation of cross-border projects and actions under the RRF with the use of European funding programs such as Horizon Europe and the Structural Funds, as well as the use of the opportunities offered by the ERA, Pan-European infrastructure, human resources, transnational cooperation and open science are considered crucial to strengthening the development perspective of the Member States and the EU as a whole."